We’ve all seen 3D animation in features, video games, advertisements, and television series. It is an art form that has its origins in experimentation during the 1960s but didn’t become mainstream until the 1995 classic Toy Story. Now, 3D animation is a ubiquitous and ever-expanding genre that is highly competitive to get into. If you want to make it your career, the first question you will ask is how do you make 3D animation and where do you start?

How to make a 3D animation in 11 steps

The 3D animation process is complex and involves a number of stages that mirror filmmaking in its early and later stages. Let’s take a closer look at these steps to give an overview of what’s involved.

The concept is the original idea or storyline of the piece. Companies such as Pixar will spend up to two years getting the script right before any sketches are even drawn up. This has been the secret to their success as they work to perfect the story before starting production. Unlike live-action filmmaking, any changes to the narrative made during the animation process would blow the budget and throw the project into chaos.

Once the script is finalized, it is pre-visualized via a storyboard. Each scene is sketched out by a storyboard artist showing character action, shot selection, the sequence of action, and cinematic direction. It is an important blueprint that guides the production process.

Storyboard from Toy Story, one of the top animated movies of all time.
Find out more about the role of a storyboard artist. (Image credit: Disney/Pixar)

Modeling is the construction of objects and characters via mathematical representation of all their elements. Rudimentary compositions of primitive shapes such as cubes, spheres, or planes are created using vertices (points in virtual space) to form a mesh using software programs like Autodesk Maya, Z-Brush, and Blender. These points are mapped onto a 3D grid and rendered into 3-dimensional objects.

Once the 3D object has been created, it undergoes texturing, which is the outer layer finish of the object. This could include skin, clothing, or hair for a character; a metal finish for a car or machine; brickwork for a house or building; fur for an animal, etc. In a studio environment teams of texture artists focus on this stage of the process.

Rigging is constructing the muscular-skeletal basis of your animation. Character rigs allow the joints and moving parts of the object that will allow it to move in a believable way. Riggers create these working skeletons on 3D animation productions.

The next step is skinning which is smoothing out these joints, think of this as providing the skin which covers the mechanics underneath the object.

Maya offers tutorials on rigging & skinning 3D characters as well as other how-to videos on the Maya Learning Channel.

This is where the full storyboard is animated to realize the script. Now that you have built your 3D character or object from scratch you can animate them through a sequence of movements or through a scene typically using a program like Maya. You may be asking, do I need to know how to draw to be a 3D animator? Because animation in 3D is much more technical than 2D animation, artists don't necessarily need to have a high level of drawing skills, but it can be useful.

An animated scene will be roughly blocked out before the actions get refined. Once blocking is approved, a 3D animator will often go through various other stages of approval before it can be considered "final." To find out about other types of animation check out our blog on the top 6 types of animation.

Rendering, or image synthesis, is the process of generating the 3D animation via a graphics processing unit (GPU). This is done by inputting the render equation into the software which will output a complete animated sequence. During this process elements such as shading, texture mapping, shadows, reflection, translucency, depth of field, motion blur, etc can be formulated into the sequence.

Multiple render passes will need to be combined to produce the final animation, this is called compositing. It is a process of refining elements such as lighting, shading, colors, etc which involves adding layers to a single image or series of images. Using software such as Nuke, VFX compositors are responsible for collating all live-action plates, 2D elements, and any CG (such as animation and FX). Compositing is the last step in the visual effects pipeline.

Visual effects are added in much the same way as compositing. The illusions and visual tricks that enhance the scenes and characters are added as separate renders and layered onto the existing animation using a compositing program.

All the sound elements of animation are created in a sound studio. This includes the recording of the score, all the musical elements and flourishes required for the animation. The music is timed to accompany and complement the visuals.

Foley is the production of all the sound effects required for the piece. Once these audio elements are finalized they undergo a sound edit and mix to sync with the action.

Even though animation is strictly storyboarded it does need an edit to time out the sequences, cut to the scenes and final sound edit.

Once all the elements have been animated, rendered and refined it is time for the final render. When production is complete and the final polishes are in the can the render button is pushed and there is no turning back! Animation completed! 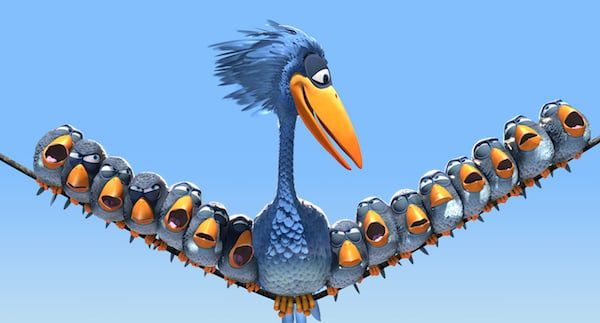 How to start your 3D animation career

Above is the process for how to make 3D animation on a large-scale production that requires the talents of many artists including both specialists and generalists. If it sounds like something you’d love to be a part of you can start working on your own small animations. You are in charge of a mini version of this process.

Write out your script. Who are your characters? What is your storyline? It could just be a small scene or scenario. Practice storytelling through visuals, sound, character, and sound.

There are a range of 3D animation platforms on the market, with Maya being the industry standard. You can start by self-learning with your own experiments in 3D animation, however, navigating your way through the complexities of the genre can be daunting as you push yourself to produce more sophisticated work.

Learning the software can help you launch your career as a 3D animator, but often you will need help to navigate the complex programs. This is where formal training and guidance can help. Courses like CG Spectrum's 3D animation courses can help you build an impressive portfolio to help you launch your career. Led by animators who've worked on some of your favorite films, you'll receive industry insights and advice, personalized feedback on your work, as well as technical support, tips, and tricks.

CG Spectrum also offers personalized career services to help you get ahead in the competitive field of animation, even after you graduate!

Trace how Pixar has changed 3D technologies with each of its titles. View part 2 here.

Ready to make your own 3D animation from scratch?

At CG Spectrum we offer comprehensive 3D animation courses that will guide you through the production process and equip you with the skills to land yourself a job in the industry. Taught by professional animators who will act as mentors during the course, you will be trained in the basics of animation, how to set up workflows, and build a professional portfolio of your own work.

Anyone can learn how to make 3D animation on their own by studying the principles of animation and downloading 3D animation software from the net. If you want to make it your career consider the valuable guidance that experts in the field can impart to you. It is an invaluable investment in your future as a 3D animator.