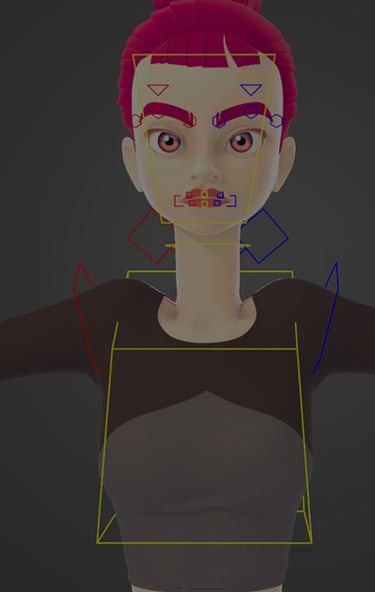 Learn about the role, salary, software and skills needed to become a character rigger

A character rigger designs the skeletal frameworks and control rigs of animated characters, defining how they move within a frame of action. They create believable movement that abides by the laws of anatomy, physics and real-world experiences in a virtual environment.

Character Riggers can work in film, TV and video games.

In video games, for example, an animated character must move fluidly for enhanced gameplay. Facial expressions, gait, physical idiosyncrasies are important visual cues in animation. They create engagement and recognition with the player, which aids in connecting with a video game.

Character Riggers understand the importance of expression and physical motion in character creation and how it affects the gameplay experience.

The role of the Character Rigger is to express the motion of animated characters, they ensure that all character movements and expressions operate within anatomical reality. Their task is to build a skeleton which will operate a character and bring it to life.

Although fictional, animated characters are often required to move according to the laws of physics and be anatomically correct. The Character Rigger focuses on making characters as life-like as possible.

The responsibilities of a Character Rigger may include:

Character Riggers will primarily work within a computer environment. They may require knowledge of the following programs:

Employers may look for the following skills in a Character Rigger:

The average salary begins at around USD $25,104 for an entry-level job, whereas a Lead Character Rigger can earn up to USD $99,000. (Source: Glassdoor). The role of the Character Rigger is a specialized one, and the skills needed can be learned in an animation course.