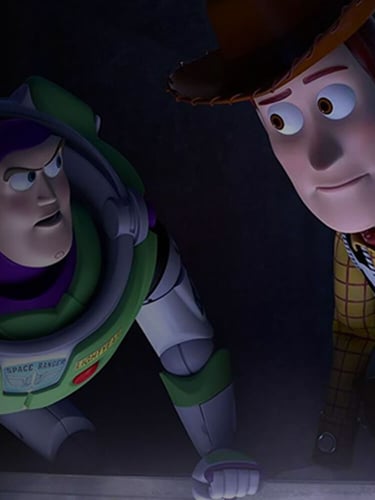 3D animation is the art of using motion to bring characters, vehicles, props, and more to life within TV shows, films, and games.

3D Artists are often involved in several early steps of the VFX pipeline in order to ensure they deliver an animation-ready model. For example, in order to give a character the right personality traits and movements, the Animator needs to make sure that whoever is rigging the model does it with those things in mind. During the rigging process, the character is given bones, skin weights, and constraints that allow it to move in specific ways. If this is not done with the Animator’s needs in mind, the model will be sent back.

Animators are responsible for giving objects weight and timing that result in the object feeling like it truly exists in the world we see it in. A great example of this would be baby Groot from Guardians of the Galaxy vol. 2. Though this movie takes place in a fantasy world, Groot’s body movements and facial expressions are so fluid and realistic, they cause viewers to laugh and feel sentimental. He truly fits seamlessly into the world around him. Animation is a huge part of bringing characters to this point.

A day in the life of a 3D animator

The daily responsibilities of an animator varies depending on the type of job you are working on. As with every other step in the pipeline, once you receive your assignment, research is key. For example, Disney artists working on the film Zootopia spent time at animal wildlife reserves studying the behavior and movements of the animals in person. Following research, the artist then decides what techniques to use and starts blocking out the main poses of the object they're working on. Techniques include things like placing keyframes and choosing between IK and FK, which are different ways to have the bones move when animating. Main poses will include the starting pose, ending pose, and some poses in between. Once these poses are in place, the artist gets feedback from a supervisor and moves forward with perfecting the movements of their model.

An animator’s responsibilities vary due to company size. Smaller companies may be more likely to hire artists that also have the ability to rig models. The company saves time and money by having one person do both tasks. A larger company may hire specialized artists who focus on one specific task so that when more high profile projects come through, they are handled as efficiently as possible.

How to become a 3D Animator

Practice makes perfect. When you are first learning, it takes some time to get your animations as smooth and precise as you would like. Repetition will eventually make the tedious aspects quick and natural, which will then let you focus on the more in-depth nuances and personality of your animations.

Download some free rigged models (such as this free tiger rig) and practice animating characters, vehicles, and moving props. This will give you a reference as to how to work with soft vs hard objects as well.

As mentioned before, research is key. Prepare yourself for a career in this field by spending time gaining knowledge of:

As technology improves, artists are expected to understand how motion capture works. Once the motion capture data is imported, animators will often have to tweak the keyframes to perfect the facial and body movements of the character.

One recent example of a successful use of motion capture tools is War of the Planet of the Apes. The actors who played the apes wore motion-capture suits, which were filmed by a series of cameras. The data was then sent to animators who made creative choices to enhance the personalities of the 3D modeled apes that would replace the actors. This process is becoming more commonplace by the day in both the film and games industries.

Spend as much time as you can on your best pieces of work. Pick a few and perfect them the best you can for your 3D animation portfolio or demo reel. Show versatility in the types of animations you complete, and demonstrate your ability to portray true emotions through facial animation and accurately emulate weight and physics.

Use the networking opportunities available to animation artists to build up your contacts. This can be one of the best ways to get a job. Searching online, you can find many industry meetups and events, which often include guest speakers like professional artists and software creators. The knowledge gained by listening to these types of guest speakers talk about their personal experiences is irreplaceable.

Read more on creating an animation portfolio or demo reel that stands out or how to get 3D animation projects.

Glassdoor is currently reporting the average 3D animator salary to be about $59,920/yr. Other sources report that 3D animators can make anywhere from $33,000/yr. to $95,000/yr. depending on experience, location, and industry. Senior animators and technical animators may be able to exceed the top of that range with their years of experience and knowledge.

As more and more digital characters and other objects are needed for film, games, and even VR, the need for talented animators will continue to grow. So if you're looking to get into the industry, now's the time!

CG Spectrum is one of the best online animation schools to get 1-on-1 mentorship from professional Animators! With beginner and advanced courses, our mentors cater to all skill levels and teach the latest animation software and techniques used by top studios. You're guaranteed to learn invaluable industry lessons from your mentor that can't be found in a book. Enroll now and turn your passion into a career!