Maxine chats with Mark Pullyblank, Department Head of 3D Animation at CG Spectrum, to talk about his career switch into animation from an entirely different industry—live music.

Mark relays how he went from starting a new career in animation in his mid-30s with two young kids and zero income to getting headhunted to work on Avatar where he was hired as a Senior Previs Animator/Senior Layout TD. He and Maxine discuss why a good attitude matters in the industry, how failures lead to success, and the importance of falling in love with the process. This episode is not to be missed!

00:00 Intro
01:22 Mark’s background and switching into an entirely new career in animation
04:00 Why starting a new career was a hard sell
06:45 Doing things you’re bad at
10:14 Mark’s experience of going back to school as an animator at 33 with two kids
and no income
12:15 Closing the gap between beginner and skilled through practice
15:44 Falling in love with the process and the work over the fantasy
20:28 The importance of stories and creating art
22:10 Equal enthusiasm for projects, from Dr. Doolittle 3 to Avatar
25:50 Mark’s mindfulness trick
28:30 Learning how to lose: how failure leads to success
34:38 Focusing on the things you have control over
40:48 Building toward responsibility
44:02 Impostor syndrome and setting healthy boundaries
51:50 What to do on your first day in a studio
56:50 How Mark was invited to work on Avatar
57:45 Where to find Mark

Mark Pullyblank spent much of the nineties working as a musician, traveling around North America in a tour van. Mark began his animation career bringing talking animals to life in the first Garfield movie and, since then, has been an Animation Supervisor at Rainmaker Digital and Frantic Films, a Senior Animator at Sony Pictures Imageworks, and worked in various departments at Wētā FX. His film credits include Avatar, The Adventures of Tintin, The Smurfs, Night at the Museum, and many others.

Mark is currently the Department Head of 3D Animation at CG Spectrum, co-founder of Theia Interactive, Director of Non-Stop Motion Virtual Productions, a Lecturer at a Californian university, and undertakes freelance and consulting work at film and game studios. 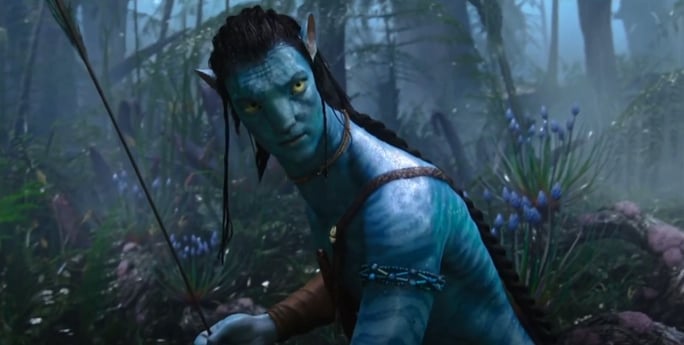 Still from a shot that Mark worked on in the original Avatar film. Mark was in charge of setting up forests and environments as the Senior Previs Animator/Senior Layout TD.

More great advice from Mark: How to stay motivated as an animator

To discover more about Mark's animation career, visit his LinkedIn and IMDb.

Additional resources about this career:

In this week’s interview, J Hill, Lead Character Artist at Turtle Rock Studios, joins Maxine to chat about the success of his eponymous YouTube channel, how he ...

On this week's episode, Senior Texture Artist Chun Chun Yang sits down with Maxine to discuss how she got into 3D art, the rewards and challenges of switching ...