What is 2D Animation?

2D animation is the art of creating movement in a two-dimensional space. This includes characters, creatures, FX and backgrounds.

The illusion of movement is created when individual drawings are sequenced together over time. One second of time is usually divided into 24 frames. Depending on the style of animation there can be as many as 24 unique drawings in one second of animation (24fps) or as little as two. Conventionally animation is done on "2s" meaning there is a drawing every 2 frames (12fps). This allows artists to save on production time/costs and gives 2D animation its unique look. While this process is sometimes referred to as traditional animation, mainstream 2D production has evolved from hand drawn processes using pencil and paper to the implementation of digital techniques using computer software like Toon Boom Harmony or Adobe After Effects.

2D is a popular and diverse medium that's making a massive comeback. It can be seen prevalently in TV shows, video games, feature films, advertisements, mobile apps and on websites. Popular modern examples of 2D include TV shows Rick and Morty and F is for Family. Social media platforms like Snapchat are launching 2D animated series with snappy 1-3 minute episodes. And there's even been a recent surge in 2D platform video games such as Cuphead.

“Animation is used for everything online (advertising, entertainment), even if you don't realize it initially,” says Scott Claus, 2D Animation Mentor at CG Spectrum. “The medium is evolving quickly. Television animation has taken off, and streaming services are constantly looking for new content.”

Demand for 2D animators who can create entertaining and engaging content has grown significantly in the last decade. There’s a need for skilled and enthusiastic artists who love motion graphics and are adept at creating original and appealing content.

So what does a 2D animator actually do? What are the job prospects? What can a junior artist expect to earn vs. an established one? What’s the best 2D animation software?

We’ve done the homework and gathered everything you need to know about the industry to help you prepare for your future. 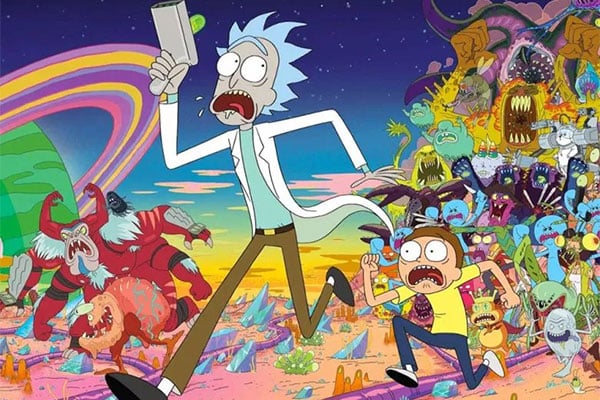 What Does a 2D Animator Do?

2D animators convey stories or messages by making their characters, objects and backgrounds move in a two-dimensional environment.

Besides drawing, they must also be excellent storytellers. They are responsible for clearly communicating a story or message by moving characters in a way that engages viewers. (Anyone interested in becoming a 2D Animator should get to know the 12 Principles of Animation, which are covered in detail in the 2D Animation course)

While most of the work is done on computer, traditional hand-drawn techniques are still a useful skill set to have.

Additional responsibilities may include:

This job is just one part of the production pipeline, which is divided into three parts: pre-production, production and post-production:

In pre-production, a project is in its early stages and the team may be working on story and character development, writing scripts, recording dialogue, storyboarding, background layout, and character animation.

In the production stage, animators breathe life into their characters and objects by giving them movement. The figures are then colored and processed (“digital ink and paint”) and composited over their appropriate backgrounds.

Post-production is the final stages of adding sound and editing to ensure the project looks sharp and flows seamlessly, and then it is exported in the final format.

Depending on the project and the size of the studio or agency, animators may work with a number of other people, so strong communication and people skills are a must.

Being such a diverse industry, animators can choose to work on feature films, TV shows, video games, as well as for production companies and advertising agencies who produce 2D content for advertisements, mobile apps and websites.

It’s important to note that if you’re studying 2D animation, you won’t necessarily become an “animator”. There are many types of jobs in this industry. And with technology evolving so quickly, new jobs are being created all the time.

Some of the many different roles include:

It is also possible for 2D artists to transition to 3D if they choose, though it can be more difficult to switch the other way around.

There is a range of software to choose from. However, if you are looking at animating professionally, learn to use industry-standard software that major studios are using. It will increase your chances of getting hired.

At CG Spectrum, students learn animation with the use Toon Boom Harmony. “It’s amazing software,” says Mike Wiesmeier who used Harmony when he worked on F is for Family. “You can do everything in it besides editing. Rough animation, colouring, effects… You can animate sparks in the air, and then make them glow. It’s a node system, so it’s visually clear what you’re building. Many productions are using Harmony, it’s the industry leader.”

Software commonly used by professionals include:

While it can sometimes be daunting learning new software, once you get the hang of one program, it’s a lot easier to transfer your skills to the others. You can find free trials for most software, including Toon Boom and Adobe. Learn more about the best 2D animation software.

What are the Salary Expectations?

Average salary expectations can be between USD $43,000 for entry level up to an average of $74,000 for mid-level. Salaries depend on experience, location, and industry. Senior and technical animators may be able to exceed the top of that range with their years of experience and knowledge.

Note: These wages depending on the seniority of the role and can be considerably higher than the averages listed.

The Future of 2D

Mike believes that while 3D isn’t going anywhere, we’re in the midst of a shift towards more 2D. With recent awards going to Rick and Morty and Mary Poppins Returns, it’s clear there is still a place for 2D.

Artists are constantly pushing the boundaries, experimenting with new styles and effects, and audiences are responding. As the medium continues to grow, so will the need for skilled artists.

When Mike started working at The Walt Disney Studios everything was done on paper. “Back then I couldn't even imagine drawing on a screen. I now draw on a screen and hit the play button to test my animation,” he recalls.

Mike says what’s made this possible is technology, specifically Toon Boom Harmony and Storyboard Pro, which simulate working on paper. “You can do all the things you could do on paper, but better,’ says Mike. “The time you save with today’s software is really driving this renaissance. There are job prospects you can’t even imagine right now because the technology is changing so fast.”

Ready to Become a 2D Animator?

Get 1-on-1 mentorship from former Disney and DreamWorks animators at CG Spectrum! Besides mastering the technical skills of 2D, you'll learn invaluable industry lessons and job skills that can't be found in a book.

Enroll now and turn your creative passion into a career!