The 2D animation industry is transforming before our eyes. 2D Animation is still as popular as ever, with millions of viewers watching shows like Rick and Morty, Big Mouth, Arcane, and Love, Death and Robots. Everywhere you look, there are amazing opportunities to tell original stories while experimenting with new styles and formats.

Thanks to global audience's insatiable appetite for fresh content, advancements in technology, and the number of streaming platforms, the demand for trained 2D artists is on the rise!

Image: F is For Family on Netflix

So if you've been wanting to become a 2D Animator, here are 5 reasons to do it now:

1. Demand for 2D animators is at an all-time high

Over the past few years, platforms like Netflix have invested serious dollars in new 2D animations, and there are new OTT platforms are popping up all over the world. Disney+ is here, and a number of 2D animation studios are expanding or opening up new 2D arms in North America, Europe, and the Asia Pacific to meet demand.

Bernard Boiteux, the Director of Sales Toon Boom Animation (a company that makes animation software tools used by major studios and independent artists all over the world), has noticed the increased interest in 2D programs internationally, and not just for TV.

“With increased competition between streaming platforms, there is record-breaking demand for 2D content,”  [Bernard Boiteux]

The boom is not just in North America and Europe either. Geographic barriers are breaking down, and international markets are becoming more accessible.

“Studios and broadcasters around the world are increasingly interested in telling their own stories and have them reach international audiences,” states Bernard. “The countries themselves are investing in a creative economy so those stories can be told.”

“Take China, for example,” continues Bernard. “They’ve had decades of experience working on 2D. This is a market that was mostly doing service work for studios in North America and Europe, but now they’re expected to become the largest box office in the world. Or look at Japan, which has the highest output of animation globally. Japan’s content used to be available internationally on a small number of TV programming blocks, and now thanks to streaming, more of their series are reaching a greater international audience.” 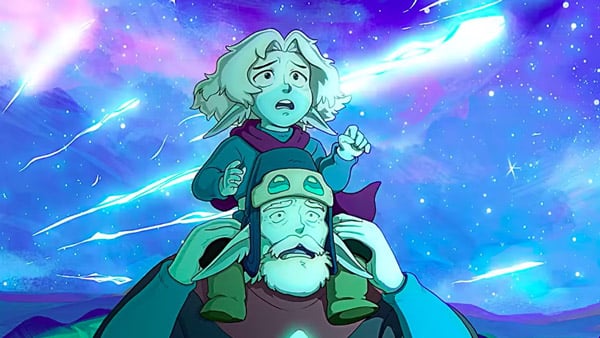 Though 3D technology continues to improve and become increasingly more realistic, the time and financial resources required to produce 3D content are often a barrier.

2D can convey just as powerful a story for a fraction of the time and budget. With software tools and techniques constantly improving, artists are given unlimited opportunities to create innovative new looks, experiment with 2D/3D hybrids, and redefine the art of 2D.

Having been in the industry for nearly 30 years, Mike Wiesmeier (Disney, Netflix) has witnessed 2D evolve and successfully evolved alongside it.

“The time you save with today’s software is really driving this renaissance,” [Mike Wiesmeier]

“Software like Toon Boom Harmony and Storyboard Pro simulates working on paper. You can do all the things you could do on paper, but better,” explains Mike, who is now training the next generation of 2D artists at CG Spectrum. “It’s amazing software. You can do everything in it besides editing. Rough animation, coloring, and effects. You can animate sparks in the air and then make them glow. It’s a node system, so it’s visually clear what you’re building. Many productions are using Harmony, it’s the industry leader.”

“There seem to be no limits anymore,” adds Jenn Hagman, a skilled artist who has worked with Canadian studios such as Mercury Filmworks, DHX Media, and Atomic Cartoons. The lines between 2D vs. 3D animation are getting increasingly blurred. Jenn says that 2D animation software keeps evolving.

“More 3D-like elements are added constantly. Not only for backgrounds and inanimate objects, but the characters are becoming pretty complex rigs. Toon Boom Harmony is trying to incorporate more 3D-looking 2D, such as in the series Lion Guard.” [Jenn Hagman] 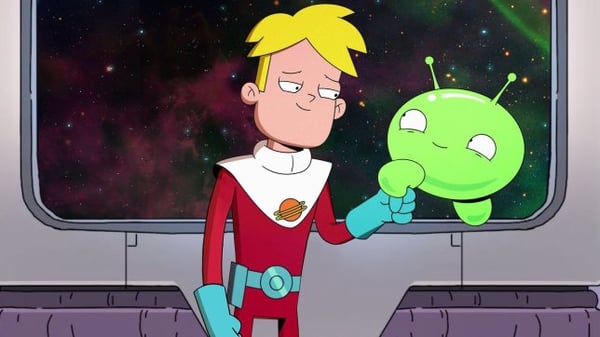 “Final Space is another great example of animation pushing the boundaries,” says Bernard. “Visually, you can’t tell what is cut out, what is hand drawn, what is 3D. There’s also Tangled, which is 2D but acts like 3D. In my opinion, that is the bar that animators are trying to hit. They’ve done a great job at working the characters and stories.” (Learn the differences between 2D vs. 3D animation.) 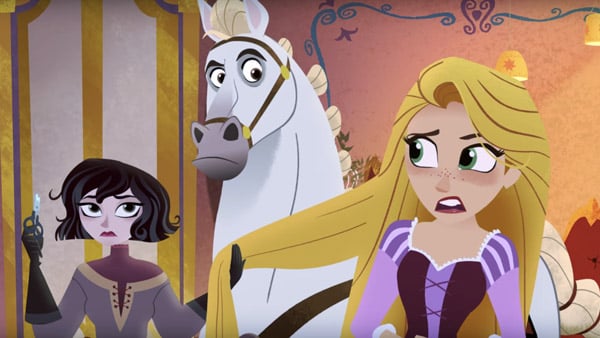 Note: While advancements in technology have opened up many creative doors for artists, it’s important to remember that what makes great 2D animation software today is still the same thing that made it great in the thirties: a compelling story. “Anything is possible when you have a great story, and you treat it with care,” ends Bernard.

3. Learning 2D animation is easier than ever

There’s no shortage of tutorials, books, and YouTube videos teaching you how to animate. And with software becoming more accessible to individuals, there are increased opportunities to hone your skills and create and publish your own work.

However, if you’re serious about becoming a 2D Animator, consider enrolling in a formal course that not only helps you build a solid foundation in animation but also teaches you the job skills needed in a professional studio environment.

Being a professional animator is so much more than just knowing how to animate. It's essential to understand how a studio pipeline works, how to set up a professional workflow, manage client expectations, and how to use feedback to improve as an artist. These are invaluable skills that will help you when applying for animation careers.

Besides that, practice! Set aside time each week to learn new techniques and grow as an artist. 2D animation mentor Scott Claus offers his advice:

A real artist is always observing the world and making notes that can be used in their work. A good rule of thumb is to constantly be recording what you see around you. Draw, write, photograph, look and listen to everything around, and try to replicate it. [Scott Claus]

With these three factors intersecting, it’s good to see 2D is here to stay. So if you’ve been on the fence for a while, here’s your chance to pursue your dream career!

5. Many industries use 2D animation

2D animation isn't just for film and games. This versatile art form is also used across many other industries, such as advertising, education, and marketing. Businesses create 2D animations and motion graphics to relay information through storytelling techniques (infotainment), allowing businesses to communicate their ideas and concepts more easily and can help communicate and break down highly technical information. Animated video content can be used on multiple platforms and is popular on social media.

2D animated videos and cartoon graphics also have many benefits when used in an educational context. It's been known to improve skills and knowledge, promote learner engagement, help fuel learner imagination, and can promote interactive learning.

Not only can 2D animation be entertaining and educational, but it is often also much more cost-effective than live-action, making it a viable option for smaller-budget productions.

6. 2D animation will always be relevant

The digitization of 2D animation has allowed creators great flexibility to easily create scenes, characters, and ideas beyond reality. 2D animated shows are great because they can help bridge the gap between adults and children, capturing the attention of all ages and offering something that everyone can enjoy.

What's more, 2D animation was the original style of animation and will always maintain a following, particularly within the sub-genres that cannot really be replicated in 3D, such as 2D anime. It is also very nostalgic for long time animation fans.

Now you know the top 5 reasons to get into 2D animation, start learning from industry professionals.

The future of 2D Animation is promising! CG Spectrum's 2D animation courses equip you with the job skills needed to work in a studio or as a freelancer. You'll be personally taught by industry mentors who worked for Disney, DreamWorks, and Netflix. Enroll today and get your career off to a great start!