How to become a Realtime 3D Artist

Take your first steps towards becoming a realtime 3D artist

Realtime artists are highly in demand in the film and game industry. But what exactly does a realtime artist do?

How do you get started in virtual production? What does a day in the life of a realtime artist look like? What jobs are out there and how do you get them? Watch CG Spectrum's webinar with special guests William Faucher, Deepak Chetty and Simon Warwick to hear how realtime virtual production is revolutionizing content creation, why skilled realtime artists are so sought after, and what employers are hiring for.
Watch the webinar replay below then download the Realtime & Virtual Production Cheat Sheet.
WATCH WEBINAR REPLAY
INDUSTRY EXPERTS

You'll be hearing from: 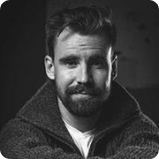 William Faucher | Realtime Technical Director/Unreal Artist & CGS Mentor
William has over 11 years of industry experience, with roles as a 3D Modeler in the games industry, a Lighter, and DoP. He helped create the worldbuilding term in CG Spectrum's Realtime 3D Technical Artist and Virtual Production course. William's work includes VFX/CGI shots in Marvel's Black Panther, and HBO's Watchmen. He has a large following on his YouTube channel where he releases regular Unreal Engine tutorials. 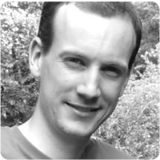 Simon Warwick | Owner of Collectivision Studios & CGS Department Head
Simon has worked in the video game industry since 2005, and was credited as the only technical cinematic animator for Batman: Arkham City at Rocksteady Studios. Simon is the Department Head of Foundations at CG Spectrum, created the animation and rigging term of the Introduction to Realtime 3D and Virtual Production course, and hosts a weekly stream every Thursday on Realtime 3D in Unreal.

Preparing the next wave of industry-ready artists

Whether straight out of high school, changing careers, or upgrading skills, our goal is to help you build the job skills and confidence to pursue your dream career in film and games. As an online school with students and mentors in more than 60 countries, we offer greater flexibility and a customized curriculum so you can get more out of your education!

CG Spectrum's online courses prepare you for a career in the exciting entertainment industry. Progress faster with mentorship from industry artists with years of experience working on films and games!

Train to become a realtime artist! Learn worldbuilding, lighting and camera essentials, and create a film quality cinematic shot using the Unreal Engine. You’ll also see how to apply these skills in the real world for job roles on a stage volume.

Build a solid foundation in 3D modeling, animation and VFX in this VFX for beginners course and learn to use industry software like Maya, Substance Painter, Unreal Engine, Nuke and Houdini. You'll be guided every step of the way by your industry mentor!