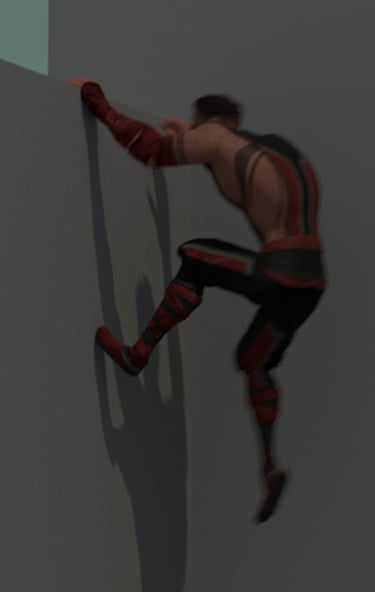 Learn about the role, salary, software and skills needed to become a previs animator

A Previs Animator (or Previs Artist) creates 3D animatics, which are rough versions of scenes used as a draft of an animation to test the action. Different drafts may be created in this previsualization process.

Much like doing multiple takes on a live-action sequence, previs is crucial to determining the best way to present a scene.

Animation, compositing and editing skills are all required of a Previs Animator. They are expected to turn around drafts quickly, working from storyboards to assist in the direction of the scene. A previs is used to plan out shots, determine scale, define shot types, work out lighting and camera angles.

A Previs Animator or Artist may work on feature films, short films, advertisements, video games, cartoons, or television series. They work closely with the director and cinematographer to plan out the scenes at a conceptual stage.

The Previs Animator’s role is to create draft versions of key scenes and sequences to test the action and act as a basis from which to animate. These animations are rough in nature, they concentrate on action and performance, and need to be produced quickly in line with the production schedule.

The previsualization of animation sequences is a tool for the director and designers to plan out the specifics of shots such as point of view, camera angles and composition. They reflect the director’s vision by bringing the storyboard to life, allowing for any important changes to be made. They act as virtual rehearsals of scenes.

The responsibilities of the Previs Animator may include:

They may be required to use mixed media to create so they must be able to integrate various formats to produce the finished product.

They must have a working knowledge of all or some of the following:

The work of a Previs Artist will never be seen by film audiences or video game players. Yet their output is vital to the final product. In some cases sequences will be intricately previsualized, matching shot-for-shot in the finalized scene.

The art of previsualization is only about ten years old and has become a standard stage in the pre-production process.

Some companies specialize in producing previs products for filmmakers and animators.

Employers may look for the following skills in a Previs Artist:

A common pathway to becoming a Previs Animator is to first study animation and get into the industry as an Animator, then narrow your focus once you've built up some experience.