When it comes to working on different kinds of video games, character animator, and CG Spectrum alum, Kyle Dahl has done it all.

Kyle has worked as a character animator for Triple-A studio 343-Industries on Halo 5: Guardians, at Riot Games on their hugely popular competitive-online game League of Legends and is currently working at Motiga Games on their upcoming free-to-play game Gigantic.

Kyle studied at CG Spectrum in 2012 and honed his animation skills under Head of Animation Mark Pullyblank.

We had a chance to ask Kyle a few questions about life after CG Spectrum and what it takes to get a job in the video game industry.

Do you think to have access to industry professional mentors gave you a head start landing your job in the industry? If so, why?

Getting access to industry mentors is huge. There's a world of information out there on the internet, but nothing really compared to talking to someone in the know. When I first committed to specializing in animation, I approached it with tenacity. I sought out information wherever I could find it. CG Spectrum was one of those places. I really liked the format and I learned a lot from Mark (Pullyblank) and Jeff (Pepper). It was the first time I had an experienced animator open my scene file. It was what I needed to get over a couple of technical hurdles.
Kyle's game animation demo reel

After graduating from CG Spectrum, how did you go about getting your demo reel to potential employers?

At the point I studied with CG Spectrum, I was already applying to studios. I'm kind of a data/organization nerd, so I went as far as to create a spreadsheet for potential employers based on information from countless online job listing sites as well as studio websites. I knew my work was by no means head-turning. I needed someone to see enough potential to take a chance on me. It ended up happening a little over two years into my period of focused study. Looking back at it now, I was lucky as hell! Something I believe benefited me was an early commitment to specializing in gameplay animation. It's totally possible to keep your options open between Feature, TV, VFX, and Games, but I feel that if you build your skills with the goal of mastering one of them, you'll be that much better at the job and that much more valuable. Specialization really snowballs too, once you get momentum -- both in terms of your skills and your brand.

Tell us about your career path after graduating from CG Spectrum.

My first gig was a month-to-month contract that ended up lasting three months. After that, it was back to studying and improving the demo reel. A few months later, I caught my second lucky break. This time, it was thanks to the referral of a classmate I had just met while studying between jobs. Who you know really can help! Of course, nothing will speak louder than your demo reel. That job led to another... and another... and another. This wouldn't have happened without a constant concerted effort on improving my work. Take comfort though that the more established you get, the easier it is to land that next thing. Just don't let your work (and your passion) get stale! 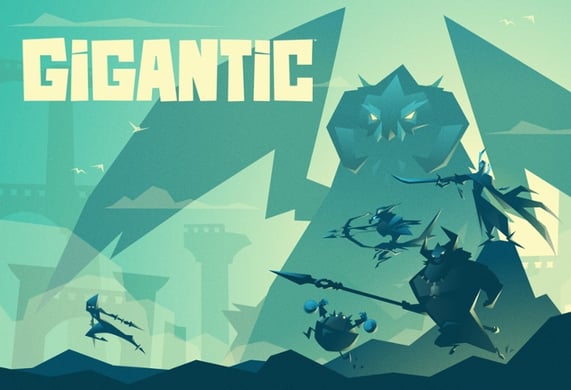 Do you have any tips for anyone putting together their demo-reels or portfolios?

What you choose to animate is paramount. If you've chosen to specialize in gameplay animation, you should show a variety of actions, but the majority of it should demonstrate physicality.
There are certain gameplay-specific actions that can stand out, but my sincere advice is animate  whatever you think is cool and your passion will shine through.
[featured]
A presentation is important. I like to arrange things in an appealing way, but be careful that nothing in your reel distracts from your animation. I'm a big fan of locked down cameras and muted backgrounds.
Quality over quantity - I'm adamant about this one. Student reels should be no more than a minute. If I were choosing between 30-seconds of "good" animation and 90-seconds of "okay" animation, I would go with the half minute any day.

I've been at 5 studios in as many years. I feel lucky to have such a varied experience. It gives me a good picture of the industry and what I can expect in terms of differences. Big teams and small teams each have their pros and cons. Large studios like Riot and 343 are amazing because they have resources you just couldn't get at a smaller scale. What's really important to me is having the ability create the high quality and fun product that I personally want to play. Having a large team of artists and engineers can allow you to do things that would be exponentially harder with a small team. On the flip side, larger studios are subject to organizational issues.

What are you working on now?

For the past 18 months, I've been part of a start-up studio called Motiga. We've only just released the free-to-play Beta of our game Gigantic. I'm immensely proud of what this game is becoming. I'd urge anyone with Xbox One or Windows 10 to check it out! Of course, if you're like I was 5 years ago (laser-focused on building your demo reel and breaking into the industry) you won't have time for video games!
Take the next step to becoming a 3D Animator like Kyle for Games or Films! Learn more about our 3D animation courses below.
LEARN 3D ANIMATION