Bryan Bentley's worked at some of the coolest VFX companies including ILM Singapore and San Francisco, The Jim Henson Company and Rhythm & Hues where he's built up credits on films like Pacific Rim, Transformers 3 and 4, and award-winning movies Rango and The Golden Compass. He's also no stranger to teaching, holding professorships at higher education institutions In Hong Kong, Singapore and Poland.

We sat down with CG Spectrum's Department Head of our 3D Modeling courses to talk more about his journey and the exciting future of VFX. 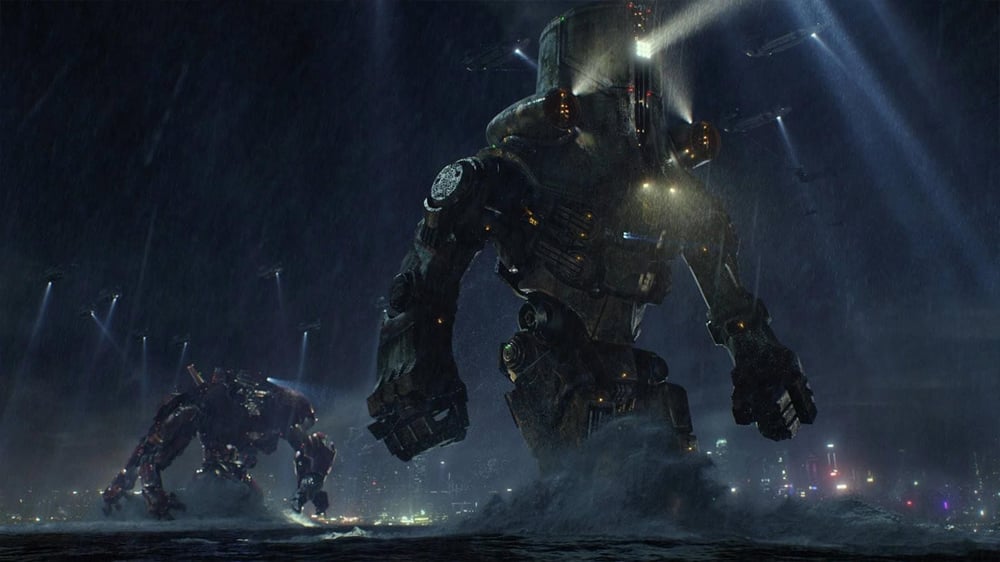 Bryan worked on Pacific Rim while at Lucasfilm in Singapore.

Bryan, what inspired you to get into VFX? How did you get your first break?

I always loved cartoons and movies as a kid. I was a Saturday morning cartoons child. I now know that that block of time was to keep 80s and 90s kids stuck to the television so they could give their parents a break and sell children's toys at the same time. I loved movies and TV shows with special effects as well, like Star Trek, Star Wars, Tron and The Last Starfighter.

My first break came in the form of an internship with The Jim Henson Company while I was at Savannah College of Art and Design doing my Masters of Fine Art in Animation. I was desperately sending out applications to internships and entry level jobs and was hearing nothing at all back.

Then I got a call and it was a recruiter for Jim Henson. He informed me they had an unpaid internship starting soon and they would like me to join.

The problem was, I lived in Georgia and the internship was In Los Angeles California. So I packed up all my stuff, moved to LA, and slept on a friend’s couch for a few months. It was the best decision I’ve ever made.

Where do you get inspiration for your work?

I get my inspiration from all over, I really enjoy the folklore of Asia and Eastern Europe. There are some really crazy characters in those stories. I also collect art books from illustrators I admire like Jake Parker, Dave Guertin and Greg Baldwin of Creature Box, Ryan Ottly, James Jean, Little Thunder, and Mitch Byrd just to name a few.

How did you get the job at ILM and what were those 8 years like?

I landed my role at ILM while I was working at Rhythm & Hues. A good friend of mine from school worked there and contacted me about a Junior Technical Director opening. So I moved from Los Angeles to San Francisco.

I met so many brilliant people there that exploded my knowledge of how computer graphics worked. I learned more in a month working under these guys than I did in all of my formal education combined.

You've been at some amazing studios! What projects did you work on at The Jim Henson Company and Rhythm & Hues?

I worked in the experimental digital branch of the Jim Henson Company. We were working on an animated short that was to accompany a new toy that was to be released by Hasbro. It never saw the light of day. But, without that production taking a chance on an inexperienced intern from Savannah, Georgia, I would not be where I am today.

At Rhythm and Hues I worked on the first of the Alvin and The Chipmunks live action films and The Golden Compass. I was mostly doing in-shot fur simulations for midground and background characters. I also got the opportunity to do the cloth simulation on the chipmunk’s track suits at the end of the film.

From modeling and 3D animation, to Houdini and Toon Boom Harmony, you're constantly learning new tools and techniques. Can you tell us about this ongoing learning? How does knowing a bit of everything help you in your work?

Learning core concepts of imaging really allows you to jump between tools. It may sound strange but reading is the best resource anyone can have. I never REALLY understood animation until I sat down and read The Animator's Survival Kit, Timing for Animation, and Animation Crash course cover to cover. And then I read them again.

I find many students run from “the hard stuff”. So many resources online start with “the quick and easy way to...”. I think this is a trap of marketing. It makes people think that this work is easy and quick when in reality it is anything but.

It's really hard. But that is what makes it great. I didn’t understand color until I learned how to use Nuke, one of the more intimidating compositing tools, and I didn’t really understand data and 3D mathematics until I started learning Houdini, also notorious for having a steep learning curve. Don’t get me wrong, YouTube, Vimeo, and Gumroad are great, but there is no substitute for reading and doing.

What keeps you in the industry?

I enjoy learning new things and I have found the best way to learn something is to teach it to someone else. Just like when I worked at ILM my knowledge of the craft became deeper and wider.

Abstract concepts started to transcend applications and truly started to become a conceptual tool box for creating imagery. The loop of work, learn, and work again is what keeps me going.

I have been teaching for the last four and a half years at a university in Hong Kong. I acted as the Professor of Visual Effects there, where I taught the entirety of the curriculum to a small group of very passionate students.

I am interested in how the current world situation is going to affect education and the work environment. No one knows what the world is going to look like in the next 3-5 years.

I felt that CG Spectrum's practical approach speaks directly to this new age we are entering. Information is free today, knowledge is not.

What are your thoughts about the future of 3D modeling? What technology are you excited about?

VR VR VR!!! VR is the future. Our grandchildren are going to look at flat monitors in the same way we look at silent films. This is especially true with modeling.

Why would I try to represent something in three dimensions on a two dimensional display? This goes against millennia of human evolution.

There are already many VR sculpting applications and I am sure this is just the tip of the iceberg.

Tell us about some of the films you worked on.

The three projects that most stand out for me are Alvin and the Chipmunks, Rango, and Pacific Rim.

Alvin, simply for the fact that it was the first film I ever saw my name in the credits. Imagine a grown man standing up at the end of a children's film pointing at the credits and screaming “Hey that’s my name!!”. 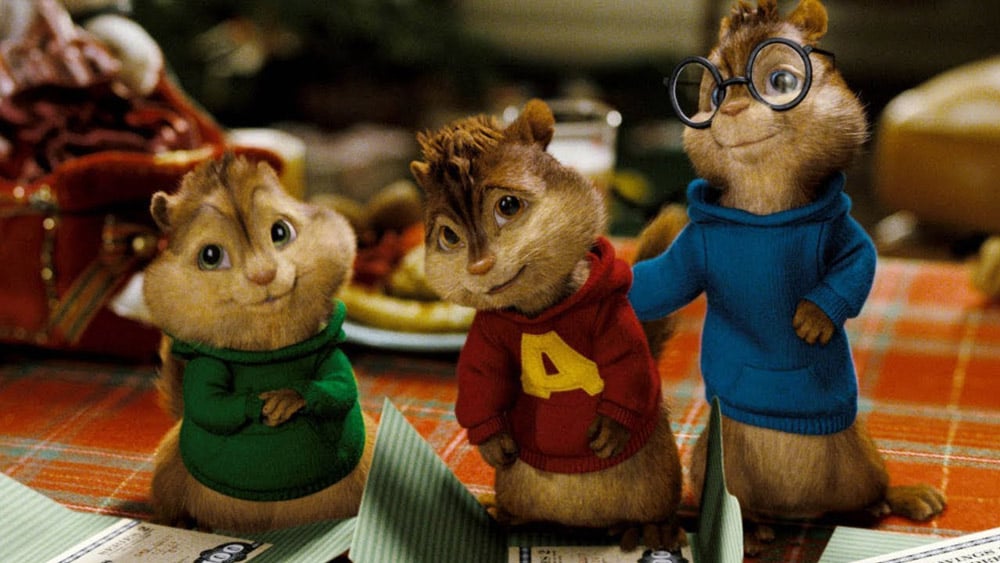 Alvin and the Chipmunks

Rango was just such a visually rich film. It was what happens when a VFX company makes an animated film. There were no background characters in that film. They were all hyper detailed and fully realized. All the lighting and texture has dirt, variation, and a griminess to them that you do not get from Sony, Disney, or Pixar. I think it was just too strange for most western audiences to wrap their minds around sadly. 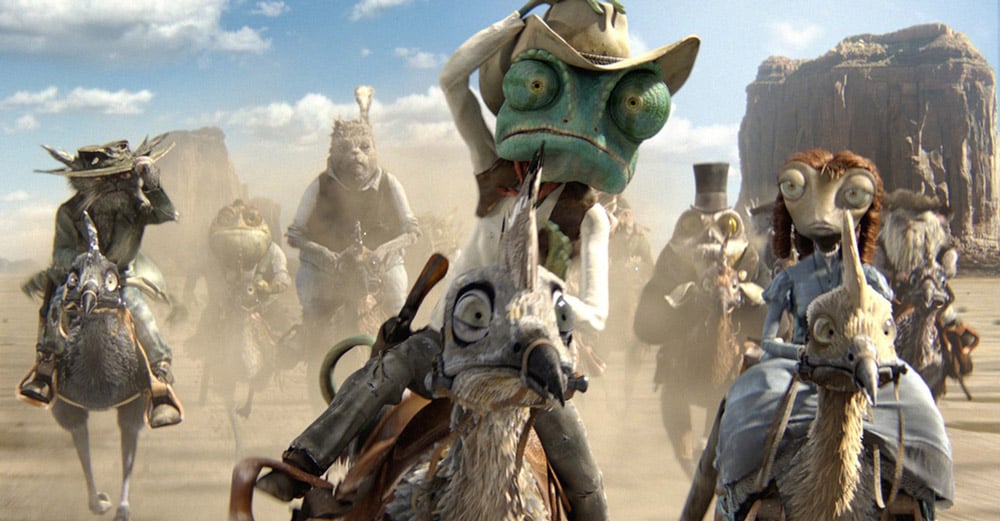 Pacific Rim was the brainchild of Guillermo Del Toro. Who doesn't want to see giant robots punching monsters in the face. That movie had so much soul and so much passion about the kaiju genre. The movements are slow and labored. Everything has a sense of weight, and physicality. 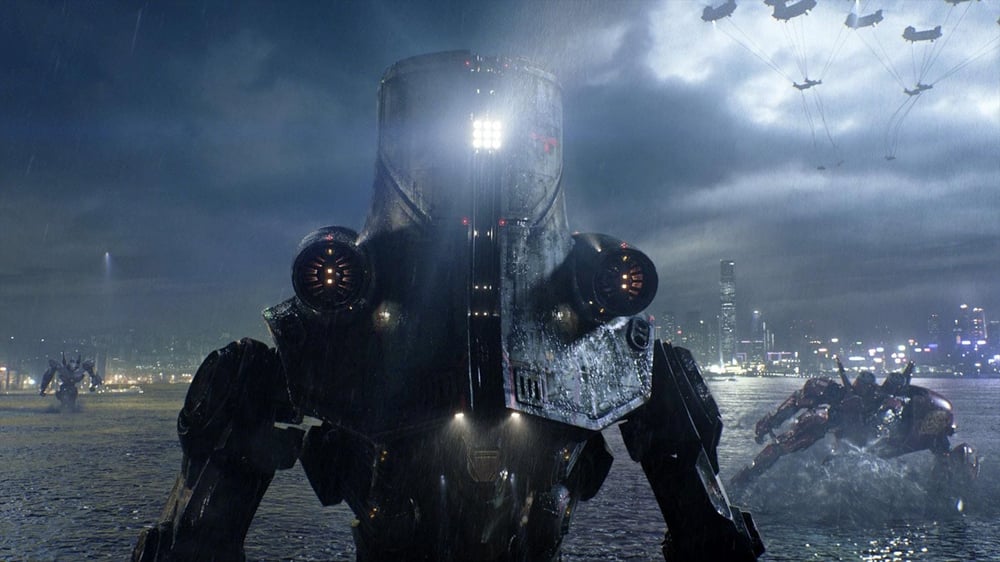 You've worked all over the world. Do you go where the work takes you? Or are you always up for a new adventure? What are the benefits/drawbacks of moving around?

At first I was just looking for an adventure. I knew nothing about Singapore before moving there. I embarrassingly looked up where it was on the globe as I was getting on the plane.

But the more I moved around and experienced new things I came to understand that the biggest benefit of leaving what you know behind is oddly gaining a better understanding of what you left.

It is almost impossible to understand and examine a situation while you are inside it. How many times has a job or relationship ended and you realize how bad (or good) it actually was? The same goes with moving and traveling.

I have a greater appreciation for my home country and I have a better understanding of its advantages as well as its ills because I can frame it in a larger picture.

The only drawback of this type of existence is at times it can be quite solitary. Moving frequently means constant new friends and new social circles. This can get tiring after a time. One needs to work a little harder to stay in touch with true friends when they are halfway around the world.

What's the most important skill to develop to become a great 3D modeler?

Anatomy and proportion!! That is the first and foremost. No amount of horns, wings, veins, or pores can cover this up. If you look at most animated movies, the characters are not super detailed. What we remember are the big forms of characters. This is because they need to be easily recognized in an instant as they are zipping around on screen. (Anatomy and proportion are covered in both the Introduction to 3D Modeling course and Advanced 3D Modeling Course)

What should people look for in a 3D modeling course?

I feel any course that involves 3D in any aspect should focus on results driven through theory. A popular trend on YouTube now is “This vs That”, or “why I will never use this or that again”. Once again I think this is all marketing clickbait.

If you know sound principles you can use almost any tool to get the job done.

Is one tool more efficient than another? Possibly, but in a production environment you have to use the tools available, so you better be able to learn new systems fast. Knowing the theory and not buttons or applications will help you with that.

This is actually great for modeling and digital sculpting because these are some of the oldest disciples in 3D and as such, has a pretty universally agreed on workflow.

To learn more about Bryan or have him as your mentor, visit his mentor page or check out his reel:

Learn 3D modeling for film and games from industry pros like Bryan!

Whether you're just starting out, changing careers, or upgrading your skills, our courses will have you modeling and texturing from scratch using expert techniques used by top studios. Progress faster with mentorship from industry professionals who have worked on blockbuster films and best-selling games. Get started today!