We caught up with the talented 2D animator and CGS alum, Bianka Farago to learn more about her creative and technical processes, her 2D animation education experience, and where she finds inspiration for her amazing work!

Hi Bianka! Thanks for taking the time to chat with us. Please tell us a bit about yourself?

Hello, it’s a pleasure to be here! I’m a 2D animator and character designer born in Hungary, and currently living in the Netherlands. My main motivation to pursue art stems from an event in kindergarten when the teacher didn’t want to put my art on the wall with the others because, as she said, my work was so bad it would bring down the overall quality of the class. As you can see, spite is the greatest motivator of all time.

What are some of your favorite animations you’ve worked on recently?

Hide and Seek
My favorite is Hide and Seek, where a scary lady unintentionally scares some children and they run away, while she’s trying to apologize. This was a fun scene for me because I love everything spooky, intentional or not. I just find spooky characters more interesting. I guess that’s the reason behind my love for every Disney villain.

Bianka's popular short animation Hide and Seek, which has over 84K views on YouTube

While animating the Hide and Seek scene, I tried different effects to highlight the character's face, wanting to draw the focus on the eyes, similar to Morticia in The Addams Family movies, enhancing the overall creepiness.

Since I already knew this character and had audio and visual reference from the tabletop game she features in, the last thing to do was act out the scene myself in front of a camera.

I’m very happy with the outcome, and last I checked it had 84k views on YouTube! This feels like positive feedback.

Welcome to the Mighty Nein!
My second favorite is about a small bird character named Kiri from the Critical Role web series. Yes, my second biggest weakness is cute characters. The progress was the same, cutting and enhancing the audio and acting out the scene in front of the camera.

Welcome to the Mighty Nein! animation by Bianka, inspired by the popular web series Critical Role

While I found some fan art as reference, I also did some research on ravens and crows: skull and beak structure, legs and tails, and behavior. I recommend doing your research to everybody I know!

Did you know that corvids mourn their dead? They are really fascinating creatures, absolutely worthy of a day lost in the depths of Wikipedia.

Everybody Need a Friend
This is a small animation of a dancing piggy getting interrupted. It was really fun to work on. The idea came to me after talking to my friend, who recently became a mom, and her baby boy is addicted to badly animated TV shows. I spent hours looking for the right track until I found it on a royalty-free site. I instantly had a scene in my head and drew the rough animation in a day.

Everybody Need a Friend, another short 2D animation created in Toon Boom by Bianka

The hardest part is always finding the best background and tweaking the nodes to give a more organic polish to the scene.

Playing and experimenting with node effects in Toon Boom can really enhance the overall look of the scene by adding shadows, highlights, blurs, deepening skin tones, or adding patterns to the clothes and skin.

If I’m not careful, I can get lost in the curving branches of nodes for days, doing my best to recreate them. With this animation, I had to think about what I wanted to tell, so I decided to instead make a background with warm colors and soft edges, thus the barn behind the characters.

What 2D animation software you use?

I only began using Toon Boom when I started at CG Spectrum (they are a Toon Boom Authorized Training Centre). Before that, I experimented mainly with TVPaint.

I am not the most tech-savvy person on the planet, and every new program I first approach with caution (and fear, haha!). While I managed to learn the basic features of Toon Boom during my studies, it's a constant learning process for me — lots of YouTube videos and trial and error.

Your work is so creative — where do you draw inspiration from?

I’m a big fan of Dungeons and Dragons tabletop gaming, and there are a lot of inspiring moments in the campaigns I watch. Since these types of games lean heavily on the imagination, they are a great way to find inspiration, work on that “inner movie lens,” and polish my skills.

Watching the players act out their characters is also great reference with their voice, facial, and body acting providing a great source of materials.

After I find the scene I like, I imagine myself in the scene and consider how I can incorporate the character and act it out in front of my trusty camera. I do this until I’m satisfied with the performance. 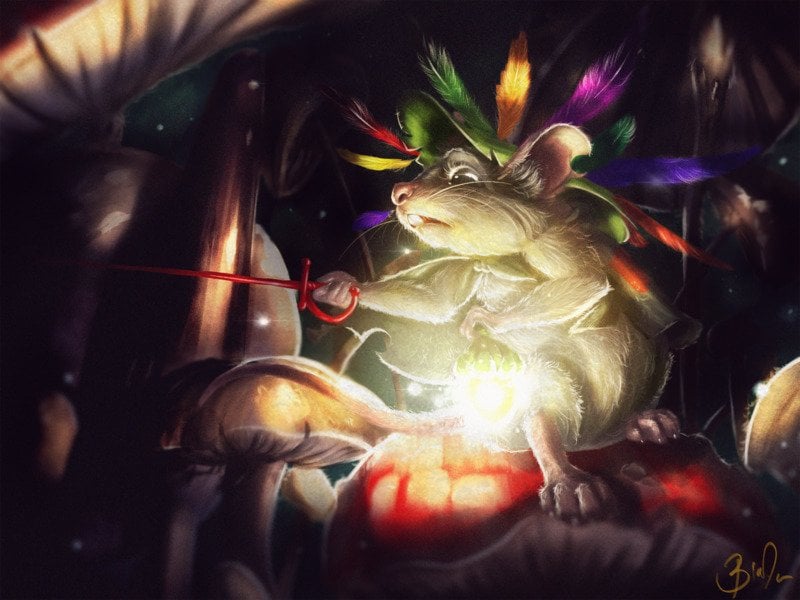 What challenges do you face as a 2D animator and how do you overcome them?

The challenge always lies in wanting to be better than I currently am. For me, that’s the greatest motivator.

Besides that, anatomy and timing can always be a bit trying, especially on days when I find it harder to create. I know all of us artists face that, and the only thing that can help with that is time, practice, and analyzing the works of others we admire.

Having a mentor was great for receiving feedback on my work.

I'm really grateful to my mentor for sharing industry secrets, making me think more about the clear silhouettes, taking my understanding of the basic principles of animation and showing me just how exactly far I can push them, and introducing me to other artists' work and encouraging me to research on my own, while never making me feel like I'm lagging behind.

You are quite active in the CGS community, how has this helped you with your art?

The support of the CGS community and the positive feedback I get from its members is really encouraging. And when I’m unsure of something or face a technical difficulty, the right person — be it a mentor or a TA — is always ready to help. And it’s rewarding to get encouragement from the people who worked in the industry for a long time. 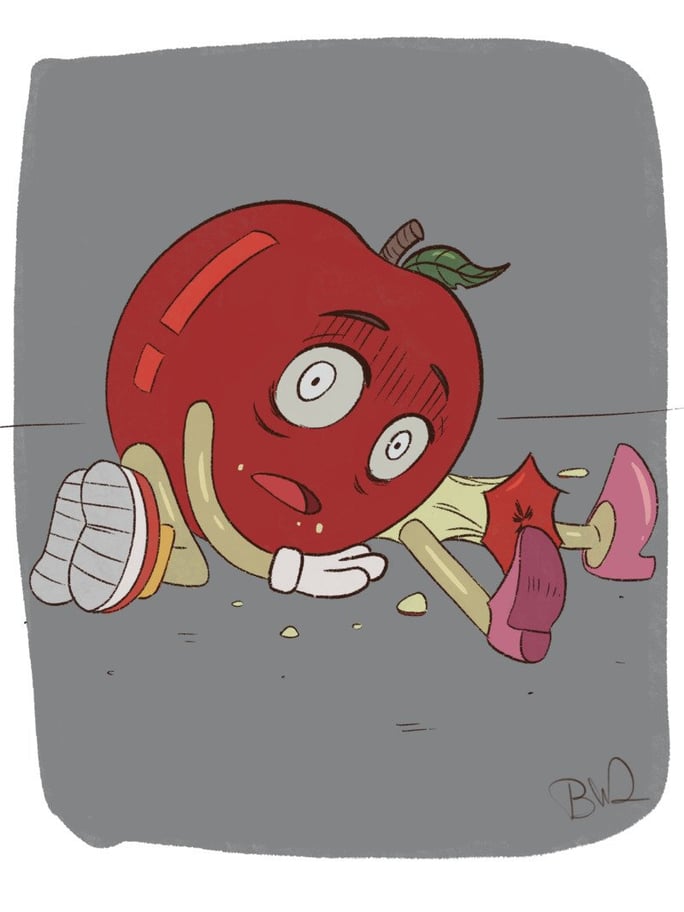 Bianka's quirky sense of humor shining through in her apple illustration

You are also an amazing illustrator; is that what inspired you to learn 2D animation?

Partially, yes. Art is my lifeline since that fateful day in kindergarten, which I mentioned before, and has been a big part of my life since then. Animation came into the frame (haha) when I was scared out of my wits by the evil queen in Snow White and the Seven Dwarfs.

The shrieking of the queen and her hands transforming into those aged claws scared me so much I didn’t watch the movie again until I was eighteen. If I can call something power, that’s what it is.

But in the meantime, lots of animation came into my life via other Disney movies, Japanese animation, and sometimes stop motion.

What’s next for you?

Finding my next gig. I’m doing freelance in the meantime and upgrading the character design side of my portfolio.

What advice do you have to someone just starting out in 2D Animation?

Be patient with yourself. Before you start animating, give yourself time to think about the scene you want to do, and act it out in front of a camera 10, 20, or 60 times if that’s the time it takes until you’re satisfied with it. And remember, it’s okay if you struggle because time and practice make perfect. 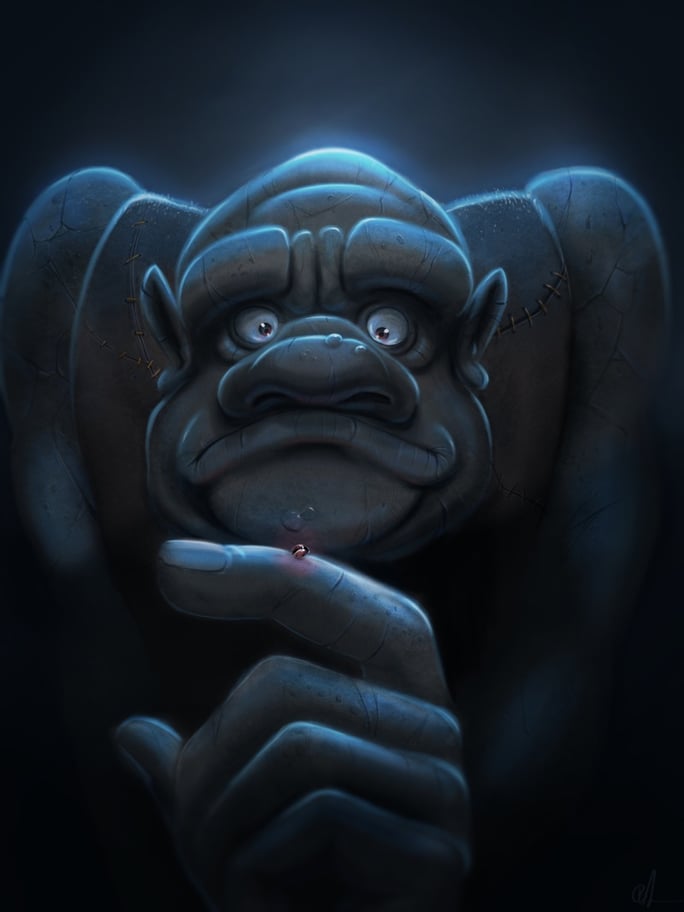 Another illustration by Bianka

Go on Instagram, follow the animators you admire, and analyze their work. Join challenges on the 11 Second Club and the Character Design Challenge.

If you're looking for the best online 2D animation courses, consider CG Spectrum!

CG Spectrum is an official Toon Boom Authorized Training Centre with courses that are led by experienced industry mentors who've worked on some of your favorite cartoons at studios such as Disney, Adult Swim, and Warner Bros.

With an industry-approved curriculum, a free student educational license of Harmony, personalized feedback, and live weekly Q&A calls with your mentor, you could be creating amazing 2D animations like Bianka!