Animation is the first form of screen entertainment that most of us experience. Some of us leave it behind as a sentimental memory from our youth, but some of us see it as a future career. For those who do, one of the first steps is to ask what is animation? Before considering taking any animation courses, let's look at the basics of this fascinating medium!

Animation is a sequence of static images played in rapid succession (24 frames per second) to recreate motion graphics. 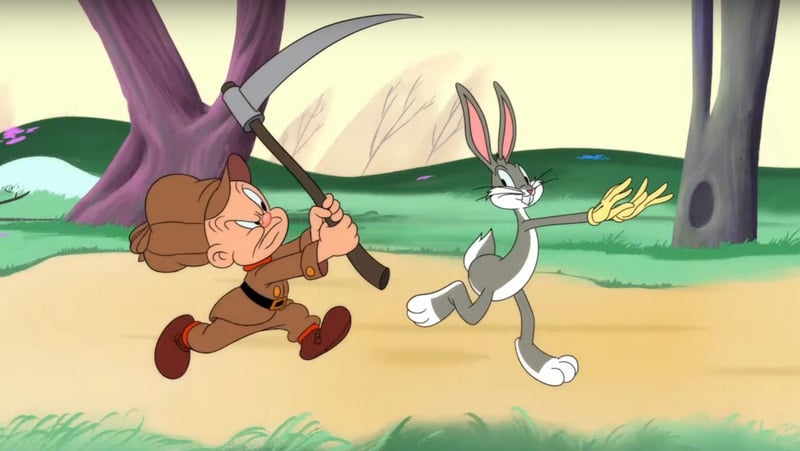 Many of us grew up with animated classics from Looney Tunes, Hanna Barbera, Merrie Melodies, Disney, and Marvel.

The first form of animation to be developed was 2 dimensional, where images were hand drawn or painted onto celluloid sheets which were photographed and transferred to film.

Over time animation has developed to 3 dimensional form of CGI (computer generated images).

Today both 2D and 3D is almost always created in a virtual environment. Even stop motion animation (paper cutouts, puppets and claymation), which is the only form of animation that is still captured frame by frame, will use some element of CGI and/or SFX (special effects) at the post production stage. With mainstream animation now firmly anchored in the virtual realm your career as an animator will rely on your good computer skills and software knowledge.

Let’s take a look at the different types of animation, 2D and 3D and explore the differences.

What is 2D animation?

Generally labeled as ‘traditional’, 2D animation (or cel animation) is the assembly of static images in succession to create the illusion of motion. In the fledgling days of the genre these images were hand drawn or painted frame by frame and then photographed onto film.

These days with the evolution of CGI, 2D is created using software in a fraction of the time that it used to, with programs such as Toon Boom Harmony and Adobe After Effects being the industry standard.

Another feature of 2D is its look. As the name implies, the images are expressed in 2 dimensions - height and width. Environments and characters appear flat, they have no depth of field and exist on a level plane. Think of shows such as South Park or Rick and Morty.

Classic features such as The Lion King, Snow White and the Seven Dwarves, and Fantasia were all created in 2D.

The 2D format is faster to produce as it is less complex in its rendering, and is therefore favored for commercial use online, in emails, presentations, advertisements, and logos, etc. It can be easily exported as smaller files and can bring business communications to life.

The career of a 2D Animator can open up many creative doors whether it be in features, television series or commercial work. If you are interested in exploring this career path, CG Spectrum offers an Introduction to 2D Animation course.

Taught by industry professionals who have worked at Disney, Dreamworks, and Netflix you will be introduced to the principles of animation and schooled in the latest production standards. You can then expand your knowledge and enhance your employment prospects with our 2d animation courses, taught by the same industry mentors.

The course builds on the techniques taught in the introduction course, and you will be personally mentored throughout the process and finish with a professional portfolio of work.

Three dimensional animation started as academic experimentations in the 1970s and didn’t become mainstream until 1995 with the release of the first 3D feature Toy Story.

It consists of creating a virtual wire rig of a 3D object which is then given an outer layer, its movement is mathematically mapped out and sequenced by software which outputs the final animation.

As the name suggests, characters and environments are expressed in 3 dimensions - height, width and depth. The genre can lend itself to photorealistic animations that are extremely complex and hyper-realistic, opening up enhanced experiences in virtual reality, gaming, features and shorts. By its nature, 3D is at the cutting edge of the animation genre and has breathed new life into the form.

If you are inspired by 3D and would like to make it your career check out CG Spectrum’s online courses - Introduction to 3D Animation and Advanced 3D Course. Taught by professional animators who will act as mentors, you will be trained in the basics, learn how to set up workflows, and build a professional portfolio of your own work.

Your mentors will impart the expertise garnered from their work on film and game titles such as Avatar, The Willoughbys, Batman: Arkham City, Avengers: Endgame, Aladdin, War for the Planet of the Apes, The Jungle Book, Ready Player One, The Walking Dead, and Deadpool.

The universal appeal of animation assures its longevity as a career option. Ask anyone about their favourite cartoons or features and it will invariably invoke an emotional response of cherished stories from childhood. Who doesn’t fondly remember the childhood ritual of Saturday morning cartoons?

These graphic tales stay with us forever. If you want to be a part of this storytelling tradition set your sights on learning your craft with the best that online learning can offer.

Learn 2D animation or 3D animation from artists who worked on classics at Disney, DreamWorks and Sony! Besides mastering the technical skills, you'll learn invaluable industry lessons and job skills that can't be found in a book. Enroll now and turn your creative passion into a career!