Concept art and illustration often experience some crossover, but they represent two different aspects of visual storytelling. Let's look at what sets the two apart.

The difference between concept art and illustration:

The main difference between concept art and illustration is that concept art is the idea of what the character, environment, or prop might look like. Illustration is when you put all of those elements into one image to tell a story (also known as a narrative image).

"For example, concept art could be the front and back of a Marvel hero’s costume or their weapon. An illustration is the next stage: putting a hero and a villain together in one image to tell a story," says CG Spectrum mentor and Illustrator Eric Wilkerson. 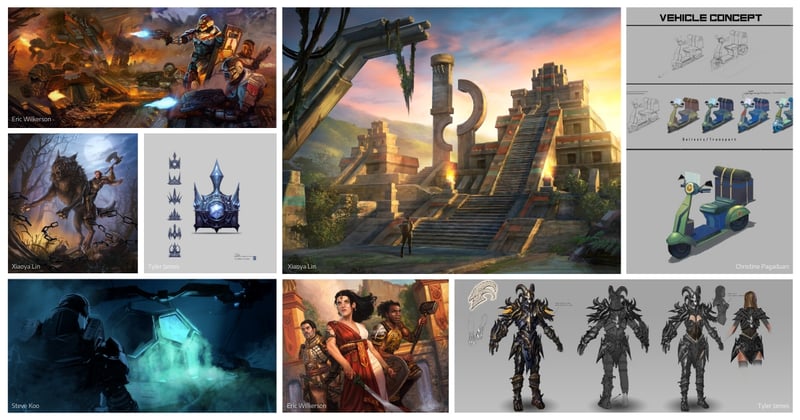 A vast array of artistic outlets make use of concept art in the planning stages, whether it is a comic book, a cartoon, a video game, or a big-budget Hollywood blockbuster.

Using concept art, those involved in the planning of a project (such as a director) can visualize the composition of a shot or the layout of a set, before ever having a camera set up in place.

The nature of concept art means that a concept artist must be practical with their work, taking into account any rules the final product must follow.

For example, concept art of a robot or a weapon that is going to be used in a science fiction video game must "work" within the given rules of that game. 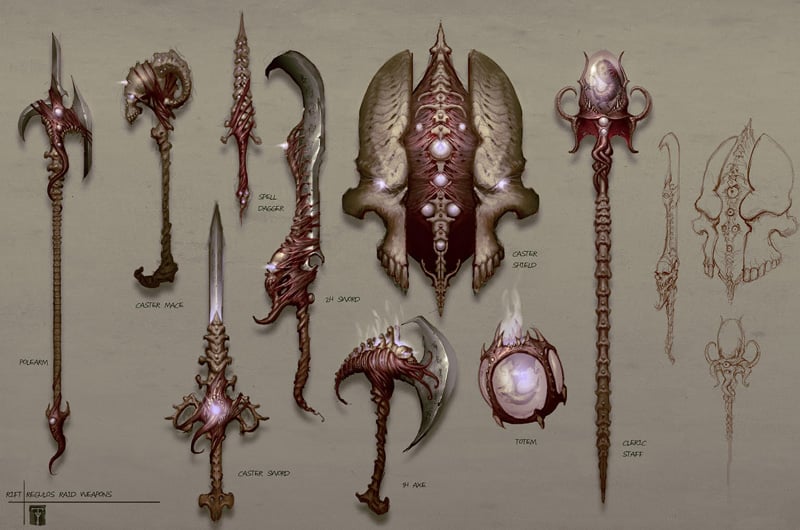 Another example of real-world constraints is in concept art for costume design. A concept artist drawing potential ideas for a costume must draw something that can actually be made and worn by a real person. Illustrators do not face such restrictions.

An illustration tells a story

An illustration could be a drawing, a photograph or a painting. It can be a stand-alone piece (such as a portrait) or part of a more substantial work (such as a comic book). The look of an illustration will vary by artistic style, but will usually seem more "complete" than concept art, which could be a mere pencil sketch.

Unlike a concept artist, an illustrator is depicting the final form of whatever their piece is. They are not constrained by the realities of a finished product somewhere down the line, because the illustration is the finished product.

Another difference between illustrators and concept artists is the broader picture. An illustrator need not give any thought to things outside of the view of their illustration (though they certainly can if they choose).

For example, an illustrator drawing a castle needn't consider how that castle looks from above. Nor do they need to put thought into what is going on behind the outer walls. A concept artist cannot ignore these factors because they may come into play later in the design stage. 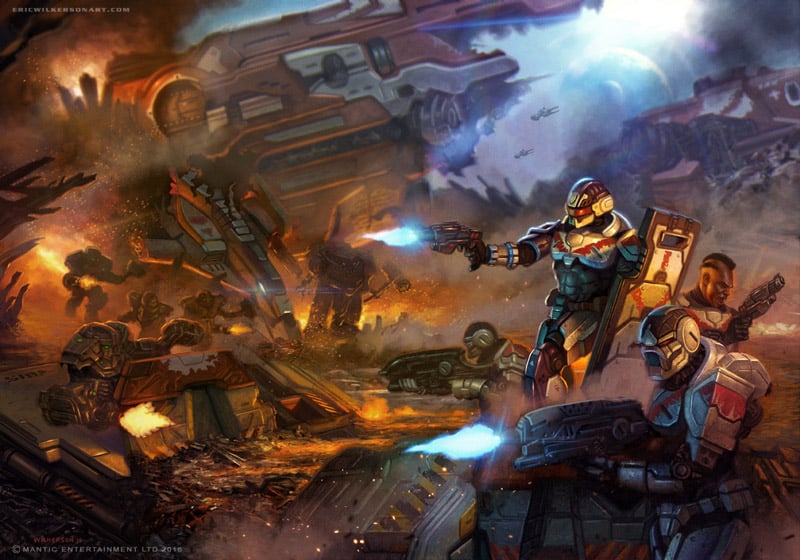 Are concept artists and illustrators interchangeable?

Whether an illustrator can do concept art or vice versa is entirely down to the individual artist. Illustration requires more artistic skill than concept art, as the finished piece must be visually appealing and convey a message, evoke emotion, or tell a story. Conversely, concept art requires a more pragmatic way of thinking. As the finished piece must reflect the physical realities of the thing it is conceptualizing.

While it is certainly possible for an artist to be both a good illustrator and concept artist, each discipline lends itself to particular mindsets more readily. If you were to hire an illustrator you should not assume they are also a capable concept artist and vice versa.

How do I become an illustrator or concept artist?

Assuming a base level of artistic ability (if not, your first stop should be some beginner illustration classes), you can get formal training through CG Spectrum's online Introduction to Concept Art and Illustration course.

This beginner course helps people learn concept art and illustration for games and film. The best thing about this course that you are personally mentored by a professional artist with more than a decade of experience working in the film and game industry. Your mentor will help you understand the fundamentals of both disciplines, and guide you through the learning barriers and frustrating technical hurdles all artists face in the beginning. From there, you can decide whether you wish to continue on the path to becoming an illustrator or a concept artist (or both!).

If your illustration skills a more refined and you're looking to focus solely on developing a professional portfolio you can check out our advanced digital illustration course.

To get work in this industry, you will need to get your art out there and be comfortable with promoting yourself.

Build a portfolio to show prospective employers/clients (it will make finding work in either field far easier!). By taking the CG Spectrum course you will be well on your way with original pieces of work, and guidance on how to present your portfolio professionally. As your skills improve, keep adding new pieces, and replace the older pieces with newer work that reflects your current style.

The good thing about concept art and illustration is that your work speaks for itself. Meaning, you don't necessarily have to show work that was part of a project. Your artistic ability will be on display to see and appreciate regardless of whether it was for a job or just for fun.

It also helps to get involved in communities such as DeviantArt and generally get your name out as an artist. We would be lying if we didn't say competition in these fields is fierce, but Concept Artists and Illustrators play an extremely important role in the film and game industry, and if you get your foot into the industry, you'll no doubt find it a rewarding and creative career!

CG Spectrum's Introduction to Concept Art and Illustration course is the perfect starting point for budding artists. Learn the fundamentals of both disciplines, and get a taste of what it's like to work in the industry from mentors who have worked with clients such as Blizzard Entertainment, Marvel, and Disney Publishing!