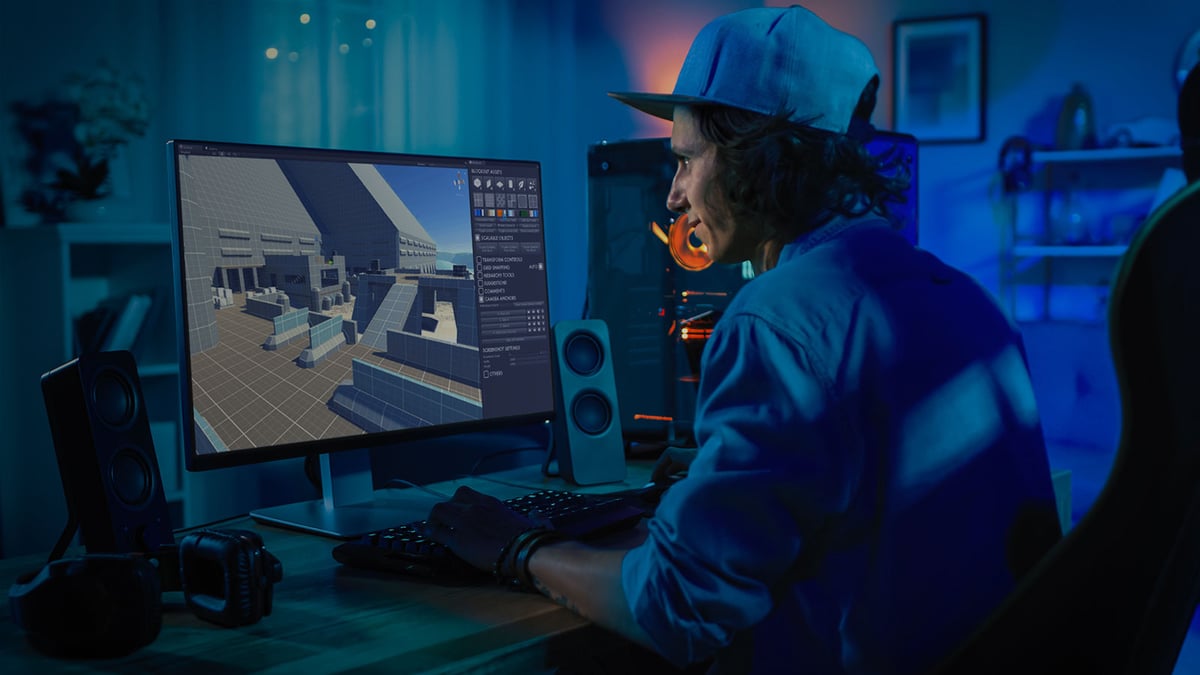 The role, salary, software and skills of a video game designer

Game designers create the concepts and worlds of video games. They are involved with the design of the genre, environment, story, characters, gameplay system, objectives and user experience of video games.

A Game Designer is the creative force behind the development of a video game. They are the originator of the game concept and will develop it through to its final release. Game Designers author the storyline, writing the plot points, character development, and game objectives that drive the game. The designer will work within the rules of the genre of the game, with real innovation occurring when the genre is pushed to its limits or reinvented.

Game Designers establish the aesthetics, mood and look of the game which is integral to the game’s individual appeal and marketability. The user experience must always be considered during the development process, as players need to feel engaged and rewarded by the game to continue playing.

The game development process is all about teams from different disciplines (creative and technical) working in tandem and communicating their requirements to each other. It is the Game Designer’s job to ensure that teams and team dynamics work effectively to finish on schedule and on budget.

Game Designers are charged with developing game concepts whether they be their own original idea, a commissioned idea or a game based on another medium such as a film.

Whatever the scope of the task, the role of the Game Designer requires a mix of creative, managerial and technical responsibilities.

They may be expected to deliver the following:

Game Designers should have a solid knowledge of 3D animation, illustration and programming languages. Even if they are not using the software themselves they need to be able to manage workflows of the creative and technical teams.

A basic understanding of system building is also required, as they will have to work with the System Designer to implement the suite of programs that will be used to create the game.

Software used by Game Designers may include:

Programmers will often be required to script custom software to meet the specific needs of the game. Game Designers need to know when to commission these, how to schedule and budget for them, and how to potentially market them out into the industry.

The game development process will require a series of skills that demand a lot from a Game Designer. They are required to see the big picture of the game and then develop the intricacies of game development that will bring it to life.

Employers may look for the following skills in Game Designers: