We often get asked how old is ‘too old’ to get into visual effects. The honest answer is that there is no invisible age barrier. The real question you should be asking yourself is - am I driven enough for a career in VFX?

We delve into why it’s not too late to pursue your dream of working in the visual effects industry, see how changing careers later in life can actually be an advantage, and meet artists who are living proof that you're not too old to start a career in VFX.

You are not alone in changing careers later in life

If you’re asking “Am I too old to be a VFX artist?” you are likely a Millennial, or perhaps a Gen X-er. According to statistics, Millennials change careers, on average, five times in their lifetime. So you’re not alone in making the switch.

People change careers for many reasons, job satisfaction being a key incentive. If you are passionate about VFX you’re on the right track to building a career in the industry, no matter your age. Bram Stoker didn’t write Dracula until he was 50. Anna Mary Robertson Moses began her prolific painting career at 78. (In 2006 one of her paintings sold for $1.2 million!)

While studying VFX you’ll be surrounded by people whose passion equals yours, so you’ll always have something fundamental in common with your classmates. Furthermore, by studying visual effects in the field(s) of your choice you will also have access to great minds who can mentor you, providing vital support through your career transition.

So if you’re not too old to start a career in VFX, what do you really need to break into the industry? All you need is a willingness and drive to learn.

Here are some action steps to get started: Read on to hear from a CGS alum who left engineering job to study VFX his 30s, and is now working on major projects like Loki (Image: Marvel Studios)

The benefits of being a mature-age student

Mature-age students are often more driven than their younger counterparts. Years of experience in the workforce have informed their understanding of what they do and don’t want. Job dissatisfaction can be an extremely motivating factor to finally apply for that VFX course they’ve always wanted to take.

Education is not the filling of a pot but the lighting of a fire. – W.B. Yeats

With age often comes the confidence to ask questions and, more importantly, to admit when you don’t know something. If you don’t ask, you’ll never know! Life experience helps put things into context and teaches you that challenges are not something to fear. Over the years you’ve probably already acquired a range of tools to deal with solving problems and are ready to face your next challenge head-on.

As a mature-age student study may already be familiar to you. This is advantageous and often means you don’t have to figure out the techniques that work for you when processing new information. For example: are you a visual, auditory, reading/writing or kinesthetic learner? As a mature-age student, the chances are you already know! Learning how to learn is often overlooked, and having good processes in place can set you up for more rewarding learning experiences.

The nature of technology is that it’s constantly evolving. We live in a digital age where technological advancement has become the norm and is only gaining momentum. Visual effects is no different.

Nothing is constant but change. – Heraclitus

Programs in heavy rotation within the VFX industry are regularly updated and improved while new software is constantly in development. These updates are designed to make an artists’ life easier, however, new technology means a learning curve for everyone. So even VFX veterans with years of experience in the industry are required to level up their learning.

The ability to adapt to a changing world is a highly sought-after skill in the workforce. There’s even a term for it - AQ (Adaptability Quotient). It refers to a person’s aptitude to change at the same speed as technologies, workplaces, and world events. Adaptability is far more valuable than ‘knowing everything’, and some claim AQ is more critical than EQ (Emotional Intelligence Quotient) and IQ (Intelligence Quotient).

Learning is vital: it helps you remain relevant, and encourages you to step outside of your comfort zone.

In addition, furthering your education can boost your confidence and provide you with opportunities to meet new people and build lasting relationships.

Your skills are more transferable than you think

Adaptability also includes being able to transfer your current skill-set over to a new role. You will be amazed at how many skills you have already picked up from previous careers and life in general that are highly desirable within the VFX industry.

These skills can be both ‘soft’, like communication, critical thinking, or time management; and ‘hard’, like coding, data analysis, or design.

In many ways, the visual effects and video games industry is just like any other job in that it cannot survive on the technical skills of its employees alone. Working in VFX requires teamwork, time management, effective communication, a strong work ethic, problem-solving, creativity and much more. These are skills people usually develop over time through experience. So if you are a bit older, there’s a good chance you already possess a lot of them! Don’t believe it? Check out what skills some of the industry’s top people think you need to foster a successful career in VFX.

To break into the visual effects industry all you need, along with a passion for learning, is a basic level of computer literacy which most professions these days require anyway. And if you need it, there are courses for computer literacy too! The rest you can build over time.

You still have time to start your career in visual effects

With at least a few decades left in the workforce, you still have plenty of time to hone your VFX skills. At CG Spectrum, our courses take anywhere from 3-9 months which is short in the grand scheme of things. What’s even better, is that these online visual effects courses also allow you to operate at a pace that works with your schedule, allowing you to plan your studies around work, family and other commitments.

Changing careers is no small step. There are many things to consider, including financial stability, which commonly involves working while studying. One option is to slowly transition over to your new career in visual effects by following the Two Trains theory.

The Two Trains theory begins by remaining on train number one, the train you are already riding, i.e. keep working at your current job. Then in your spare time — weekends, evenings, during your commute, early mornings, etc — you can begin to pursue the work you want to move into. By doing this you have put the wheels of the second train in motion.

The more you work on your passion, the more fuel you add to the second train and the faster it will begin to move. As the second train speeds up you’ll get a glimpse into how riding it will feel.

As you put more time and energy into the second train the faster it becomes, until one day you will notice it’s caught up to the first train. This is your moment to leap from the first to the second train, avoiding waiting at a platform or moving backwards. You may need to straddle two trains for a while, which can be stressful, but using the Two Trains theory can help to smooth your transition into your new career in VFX.

Still not convinced you can start a career in VFX at any age? Hear from a CG Spectrum mentor and two students who have!

Mark Pullyblank: From manufacturing to animating around the world

CG Spectrum mentor Mark Pullyblank spent much of the 90s working as a musician, bouncing around North America in a tour van. At 33, with two kids and not a lot of money, he decided to go back to school to become an animator.

Despite the challenges of having to support a family while studying, Mark was determined. He worked his manufacturing job during the day and would animate in the evenings. He sent his demo reel to dozens of studios (on VHS tapes back then!) and talked to anyone and everyone he could in the industry.

Your biggest asset is your motivation.

As it turned out, Mark's manufacturing job was his foot in the door. The company owner's wife worked at Rainmaker, a visual effects studio in Vancouver, Canada (now Mainframe Entertainment). His boss put him in touch, and he got his first job in the industry!

Mark has since worked on blockbusters like Avatar, The Hobbit, and Night at the Museum, and he's worked all over the world! Mark was an Animation Supervisor at Rainmaker Digital and Frantic Films, a Senior Animator at Sony Pictures Imageworks, and worked in various departments at Weta Digital in New Zealand.

Going to back to animation school was terrifying, but one of the smartest things I've done.

To anyone considering a career change, Mark says: "Get a kick-ass demo reel, get your work out there on social media, put it on Facebook, LinkedIn, Vimeo, and forums. Shop it around. Befriend other artists, show them your work. If someone’s going to give you feedback, respect it. Apply it."

Stephanie Soong: Shifting from a steady career in healthcare to 3D modeling at Pixar

Stephanie Soong, aged 27, had a steady and successful career in healthcare.

"I was working at one of the top 10 hospitals in the United States, building quality improvement projects," says Stephanie.

I had a high salary, great health insurance, and a pension plan. This is what dreams are made of, right? However, I was deeply unhappy and wondering if I was meant to do something else.

Stephanie took the plunge and began studying for a career in VFX.

She hadn't yet finished her 3D modeling course when Pixar awarded her a coveted position in their Undergraduate Program (PUP), a 12-week Pixar internship that prepares you for a Technical Director job. Read Stephanie's story.

Lawrence, a former Industrial Designer, was 30 years old when he made the life-changing decision to go back to school to pursue his real passion - animation.

Read the rest of Lawrence's story. 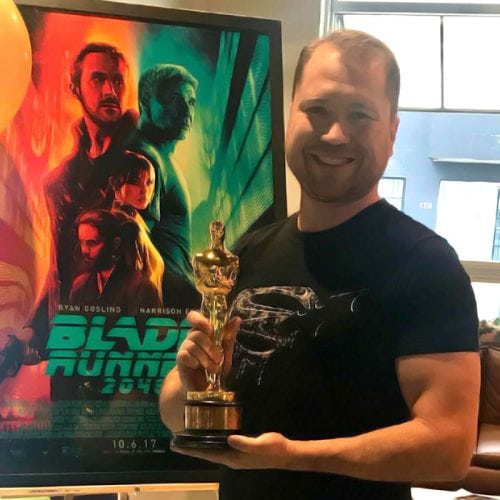 It's not too late to start your career in visual effects!

It’s not too late to pursue your passion for studying and working in visual effects. Expanding your technical skills with one of our visual effects courses is a great way to start.

Not only will you gain hands-on experience, but our advanced courses also focus on helping you develop quality work to add to your portfolio for prospective employers. And if you’re enrolled in one of our 9-month courses you’ll receive additional one-on-one career support in the form of portfolio reviews and interview preparation from CG Spectrum's Career Development Manager Maxine Schnepf.

When considering changing to a career in VFX just remember - your work should speak for you, not your age!