Free webinars on how to turn your art into income.

Over two jam-packed live webinars, special guests Clinton Crumpler (Dekogon Studios) and Carl Shedd (World Building Director at Gearbox Software) gave expert advice that could help you earn extra income and boost your career. Carl showed how he uses assets from the marketplace to create his scenes (see his work) while Clinton gave pro tips on how to properly package, price and sell your assets.

This live event has now passed. Watch the replays! 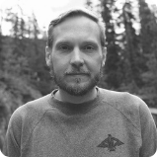 Clinton Crumpler
Studio Head & Creative Director at Dekogon Studios and CG Spectrum Mentor
Clinton has worked as an artist at Microsoft Studio's The Coalition and Bethesda's Battlecry Studios, among others, and his credits include Gears of War 4 and 5 and Scavengers. From environments, props, weapons, vehicles, structures, textures, to shaders and more, Clinton and his team at Dekogon Studios create popular user-friendly assets for the industry, from AAA to indie studios. 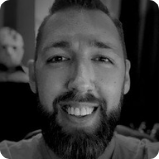 Carl Shedd
World Building Director at Gearbox Software and CG Spectrum Mentor
Carl has worked in the industry for over 17 years, having started his career at Gearbox Software. In 2008 he was part of a small team that was integral to evolving the Borderlands art style into what it has become today. Carl's credits also include Brothers In Arms and Rage. Carl’s mind-blowing world builds are a masterclass in how to creatively use assets. 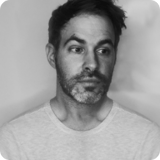 Justin Mohlman
Game Development Producer at Epic Games and CG Spectrum Mentor
In his 18+ years of experience in the video gaming industry, Justin has helped bring dozens of games to life while at studios like Disney Interactive, Epic Games, Robomondo, Midway Games, and Phosphor Studios. You can find his work in legacy franchises such as Tony Hawk, Kingdom Hearts, Mortal Kombat and other AAA titles.