Hear from some of CG Spectrum's mentors, students and alumni!

See what it's like to study at CG Spectrum

In case you couldn't join us live... or simply wanted to relive the fun, here's the CG Spectrum Open Day replay. If you have any questions about our school or courses, get in touch. Enjoy the replay, and we'll see you in class!

What to expect at CG Spectrum's Open Day: 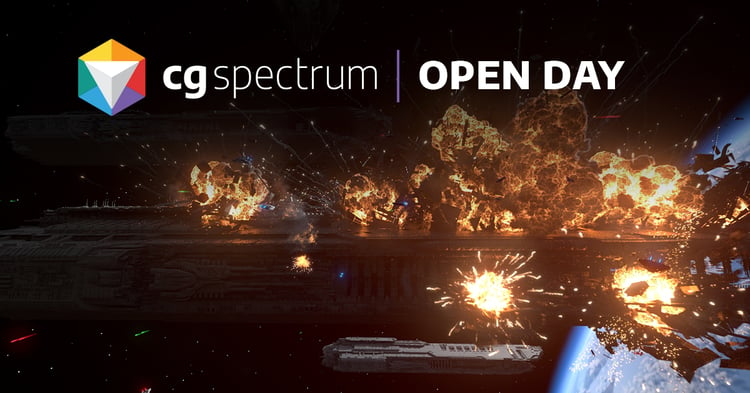 Brandon Reimchen | CG Spectrum Concept Art & Illustration Dept. Head - After receiving his degree in Fine Arts in 2003, Brandon began working in the video game industry as a Concept Artist. Since then he has produced work for companies like EA, Activision, Capcom, Gree, and Disney Interactive and is currently a Concept Art mentor for CG Spectrum. Brandon has created art for games like Crash Bandicoot, Prototype, and Resident Evil: Operation Raccoon City.

Mark Pullyblank | CG Spectrum 3D Animation Dept. Head - Mark has held lead positions at Rainmaker, Sony Pictures Imageworks, and Weta Digital working on films like Avatar, The Adventures of Tintin, The Smurfs, and Night at the Museum. As well as being the Animation Department head of CG Spectrum, Mark currently works at California State University in Chico California and undertakes freelance and consulting work at film and game studios.

Justin Mohlman | CG Spectrum Mentor of Foundations - As acting Creative Director for The Rookies, and Game Development Producer and Author at Epic Games, Justin brings his extensive knowledge of games as well as 12+ years of experience as an instructor in higher education. In his 18+ years of experience in the games industry, Justin has helped bring dozens of games to life while at studios like Disney Interactive, Epic Games, Robomondo, Midway Games, and Phosphor Studios. Credits include legacy franchises such as Tony Hawk, Kingdom Hearts, Mortal Kombat and other AAA titles.

Free Animation webinars to inspire you on your journey into the film and games industry.

Our mentors, students & admissions team offer you a detailed look at our 2D/3D animation programs

Join CG Spectrum Alum Molly Brown for a deep-dive into her art practice and the body horror style!

Inside the Life of an Anime Artist

Misu Yamaneko (Pokémon Sun & Moon, Vinland Saga, Bleach Brave Souls) tells what it's like to be an anime artist in Japan