The Art of VFX Compositing: The Orville & Ratched VFX Breakdowns

VFX compositors are akin to alchemists. They bring together all the disparate elements that fly in from every department, blend them into a final render, to produce a nugget of gold that has been created by many hands.

The webinar looked at two VFX compositing examples from of some of FuseFX’s high profile productions: Netflix’s horror series Ratched, and Fox’s comedy sci-fi show The Orville (which earned FuseFX an Emmy nomination).

We'll take a closer look at these two case studies here and finish with the 5 key factors of a successful VFX compositing team that make epic VFX sequences and intricate invisible VFX like this possible.

In season two of the Fox series The Orville, FuseFX was commissioned to produce an eight minute battle sequence that is arguably the longest in television history.

The sequence consisted of hundreds of shots, one of which included over 200 ships. There were blue screen composites, robot head replacements, a multitude of explosions and crashes, and deep background details that gave the sequence extra depth. Total production time was around eight weeks, calling for all hands on deck at the studio. 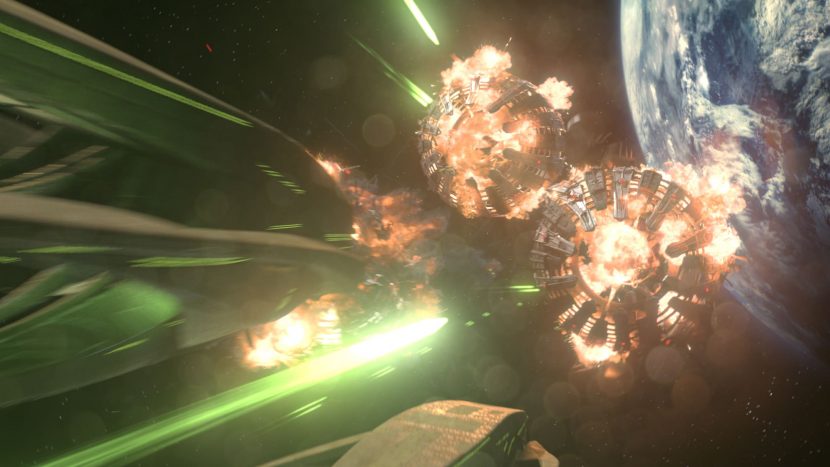 FuseFX created a custom laser blaster particle system tool for The Orville which can be added at the compositing stage.

Large studios will often employ their technical teams to code these tools to speed up the process on productions that rely on VFX that repeat during a season, or that are genre standards.

The client (Fox) was very receptive to FuseFX’s suggestions and input which made collaboration all the more pleasant an experience for all involved.

Detailed previs was provided allowing FuseFX to add extra ships, accent the lighting in the shots, and populate the shots with more explosions, blasters, mini battles in deep background, etc to fill in the gaps within shots.

The final result has been hailed as an epic achievement of its kind. All staff, although working around the clock to make this scene possible, had a blast on the project. These are the kind of dream jobs that artists and technicians get into the industry to work on.

The sequence was exquisitely choreographed, with FuseFX’s render time and abilities put to the test, resulting in a triumph for the systems team who pulled off the formidable task. The hard work of the team was rewarded with an Emmy nomination.

The Netflix show Ratched is set in 1947, which requires a lot of location manipulation to replicate the era. Period pieces are especially heavy on ‘Invisible VFX’. Interior architectural elements such as air conditioners, smoke detectors, etc also need to be removed in post.

Ratched required WWII footage, set extensions, geographical elements, gore, and was heavy on removals. Continuity was an issue, as locations were reused throughout the shoot and needed to match throughout the individual episodes.

FuseFX ended up doing almost 1,800 shots for the show which is visually heavily manicured because of all the invisible VFX which define its look. The eight episodes were produced over eight months. They were not edited in sequence, so they all remained open for refinement until the end as revisions continued throughout the process. 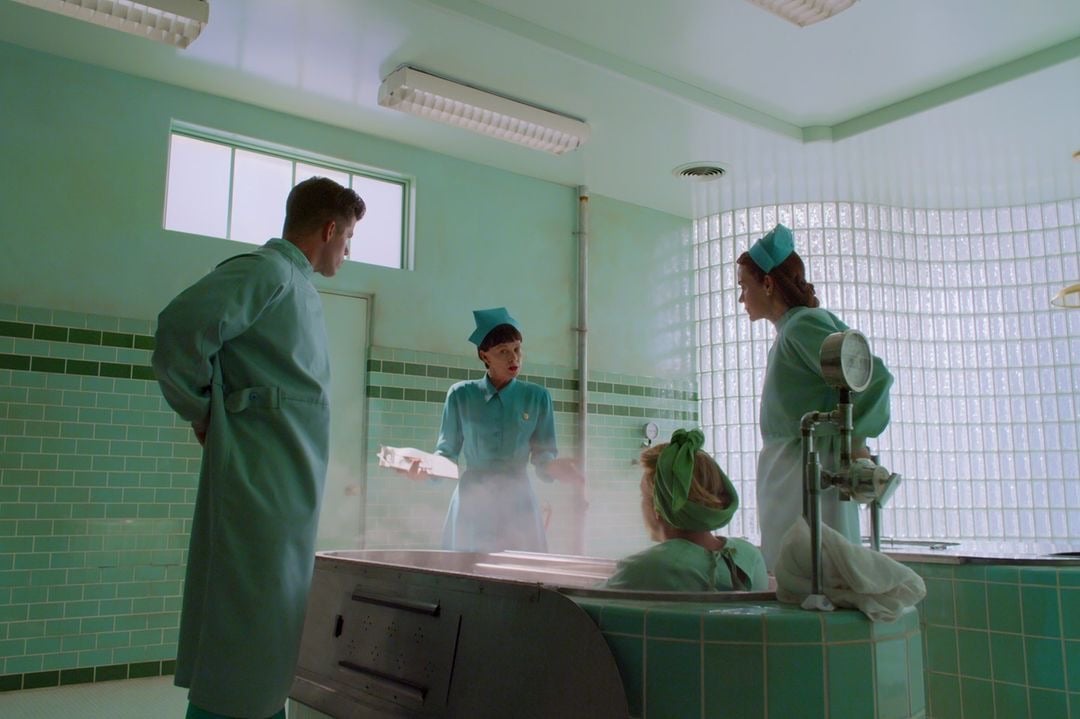 Experienced compositors will pick up these anachronistic anomalies in footage they receive and work to eliminate them from the final product. (We all remember the infamous Starbucks cup in the final season of Game of Thrones, these slips are a filmmaker’s worst nightmare!)

One shot on the show involved a character receiving an incision on the neck with a scalpel. The prosthetics department had worked hard at reproducing the actor’s head, however when it came to add VFX it became apparent that the actor had a beard which was missing from the prop, so the VFX team had to CGI a beard onto the prosthetic.

When it came to working on the gore sequences, the client along with FuseFX elected to go with exaggerated effects that weren’t necessarily biologically correct. This adds a visceral element to the storytelling which heightens the viewing experience.

Although these case studies are of two very different genres - sci-fi and period pieces - the disciplines and resources behind them are the same.

Let’s look at the 5 key factors of successful VFX compositing that go into producing a high-end television series.

Communication is vitally important for a compositing team, with ideas flowing back and forth early in the process so as to avoid any surprises at the end. The artists work towards providing assets for temporary composites (temp comps) from the outset. This visual and verbal communication allows all involved to get a feeling for the sequence, including lighting, color balancing, mood, etc.

Tight TV deadlines mean that production has to be streamlined to a well oiled machine, and supported by robust systems and VFX pipelines that allow for the rigors of the genre. Artists pay close attention to passes of shots, looking out for render or asset errors, etc so that these are picked up early and don’t make their way to the final composite which can glitch the process at the end.

Compositing supervisors rely on their teams of compositors to be adaptable, team-oriented, quality focused, and disciplined in delivering to tight deadlines. The tech and systems departments are crucial to this process, working in tandem to enhance the process.

In an era when shows are streamed, rewatched and binged, production values are an important component for productions that are worthy of long shelf lives.

Viewers are extremely vigilant in spotting any production errors that slip by the filmmakers. These will be screenshot, posted and shared on social media forever, becoming a dubious part of the folklore of a show.

Part of the clean up that compositors do is removing stage crew, equipment and other objects that appear in the background that are not picked up on the day of the shoot. A keen eye is a talent that a good compositor will bring to their role.

In addition to catching errors, compositors need a strong foundation of color and light, especially when integrating with live action footage. Taking the time to go outside and observe natural phenomena is a great way to improve technical skills and develop a better eye for details. In doing so it will be easier to composite a variety of elements into any given shot, allowing the artist to focus on technical issues rather than thinking about what it should look like.

Compositors act as gatekeepers: they make checklists of seamless workflows and deliveries; noting what is missing; and waiting on completed versions of assets.

To organize the complex process of compositing some compositing supervisors will create their own Render Breakdown as a guide. This involves layering the render from top to bottom, with the farthest to closest assets ordered in a stack. Discussion with the lighting person will identify which layers can be combined as one to save render times. Every shot is coordinated in this way, including DFX shots which are also discussed and organized into mini renders which then form a part of the main render.

If you are interested in a career as a VFX compositor, CG Spectrum’s VFX compositing courses are a great gateway into the industry. Learn the art of VFX with a professional VFX compositor as your mentor and weave your own personal magic into gold!