Sykosan is a London-based 2D animation filmmaker with expertise covering all stages of the animation process including writing and editing, film directing, character design, background and assets design, 2D effects and compositing. His unique style is a modern blend of western and Japanese influences, while his work also shows a strong ability to match a large variety of animation styles.

Throughout his career, Sykosan has animated for all kinds of media such as advertising, feature films, video games and music videos for diverse clients such as Katy Perry, the BBC, Netflix, Adobe MTV, Samsung, Sony, Adidas, Gucci, and many more.

Sykosan has always been interested in sharing his knowledge and skills through social media and tutorials. Today, at CG Spectrum, Sykosan connects directly with his students like nowhere else.

Credits include Love, Death & Robots, Cry About it Later (Katy Perry music video), and Teppen, to name a few. 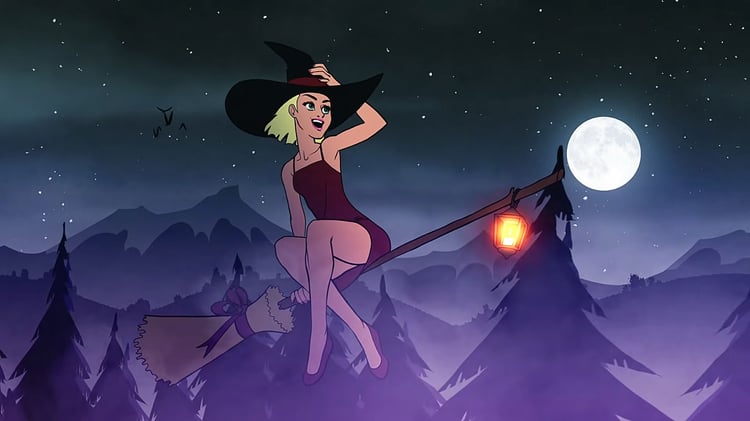 I graduated as an architect before deciding that I wanted to try animation. I had created a short animation with a friend during my spare time and then enrolled for a 2-year course in animation film making at La Poudrière in France.

I worked in France for an animation studio as a cleanup artist before shortly moving to London where there were more opportunities. I worked for a while for a TV channel doing mainly basic 3D animations and some programming.

After a few years I decided to go freelance. It gave me more freedom to work for various studios and work on many different projects. I also decided at some point that I would leave 3D aside and become a 2D animator only. I have been a freelancer for many years now and I am happy with this lifestyle.

The most satisfying job for me was directing and animating Katy Perry’s music video, Cry About It Later. I was given pretty much complete creative freedom and, despite the tight budget and short deadline, I put a small team together and we did a great job of it. I hope to do more directing jobs in the future.

What’s your advice for animation students?

Always build up your portfolio throughout the years. We always improve and learn new things. It’s worth spending a bit of time creating some personal content to push ourselves and also show the world what we really want to do.

I have always enjoyed sharing some of my knowledge and seeing students improve. What I love the most about CG Spectrum is the fact that I can do that and still keep working on animation jobs. It gives me a fulfilling balance in my work life.

I work mainly as an animator but, on the side I also enjoy illustration, sculpting, photography and Lego. I also have a keen interest in science and scientific news. I have a pet project that I like to go back to now and then and hope to turn into a real animation film some day.

Animation is an ever growing industry with a bright future. Nowadays we have many tools, genres and styles available so there are plenty of options and opportunities. I particularly like the new trend of animation for grown ups with more mature topics and varied genres. I look forward to seeing this side of animation grow.

While at Disney and DreamWorks Scott animated classics like Pocahontas, Hunchback of Notre Dame and Road to El Dorado. He later won an Oscar for best special effects for Life of Pi.

Marcel has animated for film, TV and video games since 2003 at studios across Canada and France including Bardel and Gameloft. He was also a Toon Boom instructor at studios and schools around the world.

Montréal-based Hubert Lapointe has worked as an animator and animation supervisor on hit shows like Rick & Morty and The Ollie and Moon Show, and as a software instructor for ToonBoom.

Known for Rick and Morty

Based in Tokyo, Misu has worked as a storyboard artist for Pokemon Sun & Moon, Vinland Saga, Overlord II and Bleach Brave Souls. Todd is a thirty year veteran of the Hollywood 2D animation industry with extensive experience on features, TV, commercials, and theme park installations.

Known for Prince of Egypt

Alfredo is a 2D animator and storyboard artist who has worked on feature films like Klaus (Alfredo was the lead animator on Jesper), Song of the Sea, The Secret of Kells, and several TV shows.