What is VFX? What is the Visual Effects Pipeline? In this beginners guide, we explain the process in 12 steps and and offer tips on how to start your VFX career.

The visual effects pipeline refers to the various stages of post production where VFX and CGI are required in a film or television series. The pipeline helps to organize each department so that VFX artists know their role, and a production can move along within the allocated timeline.

If you want to work as a VFX artist, you need to understand every step of the visual effects pipeline. Wherever your role sits within the pipeline you must be familiar with what every other department does in order to create the best and most efficient work. If your work is not completed with each step of the pipeline in mind, it can cause problems down the line and be sent back to you to redo. This is costly and can hold up the process.

Before we start, it's helpful to know that a film project is divided into 3 stages:

While the visual effects pipeline needs to be considered at each stage of the filmmaking process, the majority of VFX work happens in post production. Let's dive into 12 steps of the VFX pipeline:

During the storyboarding and animatics phase an artist or team of artists create visual representations of the actions within the script. They analyze the character motion and settings within the story and, creating basic drawings, they define framing from shot to shot. The results are subject to change down the line, but these visuals give the production team a chance to start preparing.

Storyboard for a scene in Jurassic Park.

Previsualization, or previs, takes storyboarding a step further. 3D artists create low poly 3D models and representations of the locations where scenes play out. They work with the production team to set up camera angles and block out complex scenes ahead of time, saving time and money on set when it comes to shooting the live action footage. 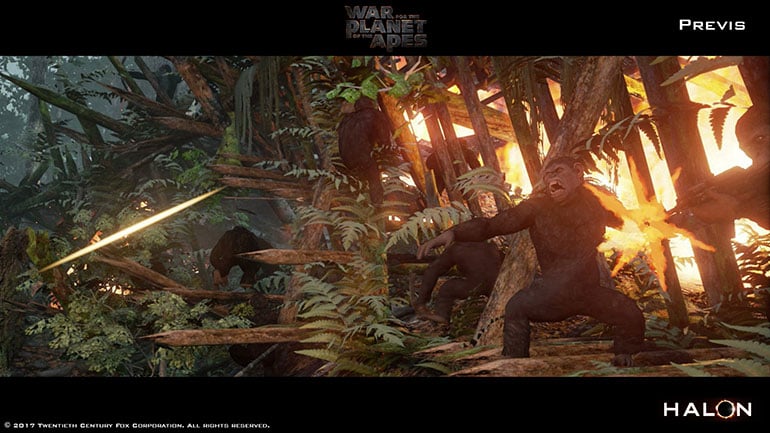 Halon's previs (still) for Planet of the Apes

Concept art and design are arguably one of the most important phases of pre-production. A concept artist or team of artists create the look and feel of a film by drawing fully fleshed out images that further define settings, characters, props, costumes, lighting, color and more. The mood and style of a film is often defined by what is created during the concept art phase.

A 3D camera is generated so that VFX artists can generate the various 3D characters, objects, and sets, along with any digital matte paintings, that need to be integrated into the live action footage. The process of matching the motion of a character or object with the footage called rotomation.

Layout, also referred to as production design, has a different meaning for different teams. The end goal is to have a visual representation of what the final sets will look like. This helps physical set builders figure out and communicate to directors and producers what is physically possible on set and what may need a digital set build.

For the VFX team, it defines how digital set builds might have to be incorporated, including where to place green screens on the live action set for digital set extensions. The layout team and production designers may use drawings, photos, and 3D renderings to finalize the sets. 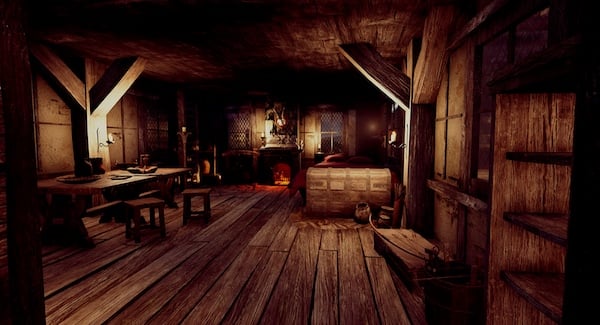 The 3D modeling and texturing teams are essential to creating assets that aren’t practical or cost-effective to have on set. Being one of the first groups involved in the post-production process, they may have to create 3D models such as characters (digital doubles and non-human forms), props, buildings, vehicles, and weapons.

3D models may also be used to complement something shot on set. Some of these can just be simple and used to correct lighting and shadows. Other assets may need to be fully realized and textured, especially if they are going to be destroyed, modified, or animated. 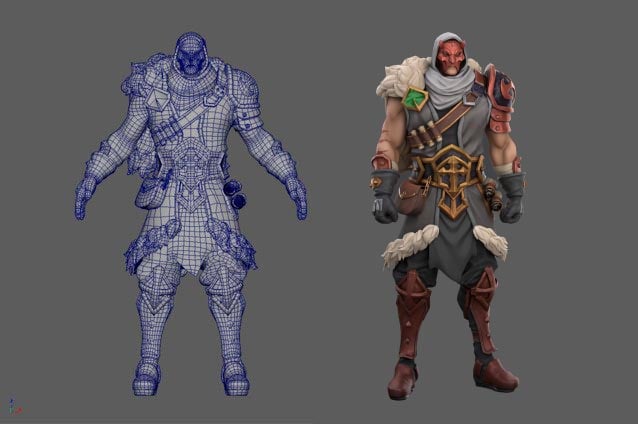 As filmmaking gets more complex, R&D is becoming increasingly more important. During this stage, VFX and CG supervisors work with Technical Directors, who are often department based, to figure out how certain shots can be accomplished from a technical standpoint.

Different steps in the pipeline require different software and a large part of a TD's role is to make sure that work created in one type of software can be picked up and translated into a different program down the pipeline. They also create tools and plug-ins within the artists' software to help them work more efficiently on their shots.

Before 3D models (like a prop or character) can be animated, a rigging team must build a system of controls, or a digital skeleton, for animators to manipulate. This usually involves adding bones, calculating and implementing skin weights, and adding muscles to replicate the natural movement of a character or object.

Animators use the custom controls of their rig to bring a character, prop, or vehicle to life. Its movement is mathematically mapped out and sequenced by software that outputs the final animation. They also work with motion capture data that needs to be tweaked to achieve a final look.

Read more about 3D Animation here: What is 3D animation?

The job of an FX artist revolves around creating digital simulations and procedural workflows based on real-world or supernatural concepts that move or react under the basic laws of physics. These can be realistic or stylized, depending on the type of effect and how it’s used.

At any given time, an FX artist could be working on things like destruction, fire, liquids, smoke, and particle simulations. They also could be adding hair to a character or creating footsteps in the snow. They will often work alongside the animators and modelers to ensure the natural movement and interaction with colliding FX elements. 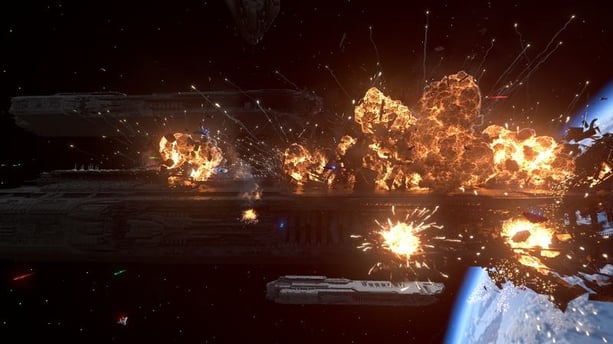 FX explosion by student Ivan as part of the Houdini FX Course. Read more about FX & Simulation: What does an FX artist do?

Once the animation and FX teams are done working their magic, the VFX and CGI needs to be lit to blend into the scenes. A lighting artist, or team of lighting artists, strategically places lights throughout the 3D scene to ensure light, color, intensity, and shadows match up with the live action footage and any other 3D assets or graphics. Each sequence of frames is then rendered out from the required camera angles and handed off to digital compositing.

This is the final step in the visual effects pipeline. A compositor takes all the elements of the film — live action footage, visual effects, animation, matte painting — and layers them on top of each other. They use elements like color correction, masking, and other tricks to create the illusion that all elements naturally belong together in the same scene. They may be putting an animated character into a live-action shot, overlaying destruction footage onto a building, or even layering a simulated tsunami over a shot of a city street.

Dive deeper into the compositing process: What is digital compositing?

The possibilities of what a compositor may be working on are endless, and they are often using the complex tools within The Foundry’s Nuke to complete their work.

Watch our podcast episode with Senior Compositor, Brittany Piacente to find out more about this final stage of the VFX pipeline.

The advent of Virtual Production is shaking up the traditional VFX pipeline by moving tasks such as rendering, lighting, matchmove, camera tracking, etc upfront into the production process. Using a sound stage made up of LED screens that deliver effects in final pixels, and gaming software that allows for real time landscape navigation, VFX artists are now working their magic on set. It is an exciting time to enter the industry and a great opportunity to be a pioneer of new filmmaking methods. Regardless of how things change, a solid knowledge of all the VFX steps used in post production is still required.

Now that you understand the visual effects pipeline, sign up for VFX school!

As you can see, there are numerous career paths within the visual effects pipeline. Whichever path speaks to you, we can help you get the required job skills! Check out our beginner and advanced visual effects courses and be personally taught by amazing industry mentors who have worked for top film and games studios around the world. Apply now!

6 benefits of online courses you may not have considered